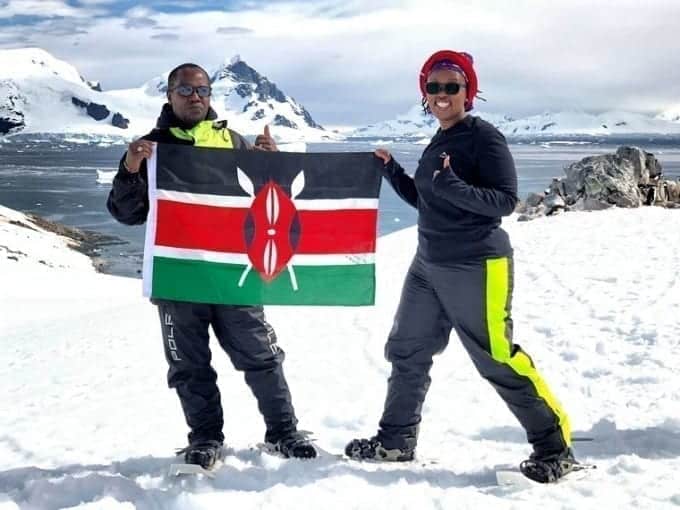 Kenyan couple Dos and Wamuyu Kariuki  loved adventure almost as much as they loved each other. So two months after they got married, they quit their jobs and set off in 2018 to motor-bike across all the seven continents.

“It is unlike Africans to travel and take that kind of an adventure… It is basically done by Westerners,” said 45-year-old Wamuyu, her hair brushing against her collar.

“There is always this belief that it is very difficult to travel as an African and using our passports because they are not as strong as the American and European ones. We have been able to prove that it is possible.”

This year, they were heading into North America via Panama. But their adventure – planned to take three and a half years – screeched to a halt in Nicaragua in March, as countries around the world closed their borders to curb the spread of the new coronavirus.

They got stuck in a low-priced hostel in the Nicaraguan capital Managua for four and a half months, before flying back to Nairobi in August after flights resumed.

Challenges Dos and Wamuyu Kariuki faced while on Motorbike…

Among their best memories are the frigid beauty of the Antarctica, and the warmth of Colombians despite the nation’s violent past. When the world opens up again, they hope to resume their trip – and to have inspired others on the continent.

Uhuru most popular in survey by UoN dons

VIDEO:Mutahi Ngunyi explains Why Raila will Force a Run-off.

Video:Kenyans hold a Peace Rally at the Lincoln Memorial in Washington, DC