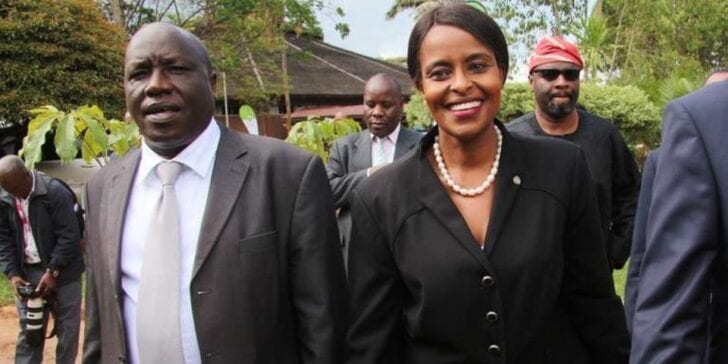 Missions at the United Nations in New York and vital stations in Australia, Germany, Russia, Ethiopia and Thailand will have new people manning them.

Dr Martin Kimani will head the Permanent Mission at the UN in New York, replacing Mr Lazarus Amayo who has been moved to Washington to head the Kenyan Mission to the United States.

Mr Amayo had initially held the two positions in acting capacity, after Mr Macharia Kamau who headed the New York post was promoted Principal Secretary at the Ministry of Foreign Affairs.

Dr Kimani, a specialist in countering violent extremism, had been Kenya’s Special Envoy for Countering Violent Extremism and Director of the National Counter-Terrorism Centre.

He served as Kenya’s Permanent Representative to the UN Environmental Programme headquarters in Nairobi.

Dr Kimani had also been the joint secretary to the Building Bridges Initiative, whose report is due any time.

Dr Kurgat was Kenya’s Ambassador to Moscow before he joined IEBC. He resigned from the Commission, alongside Ms Mwachanya and then IEBC Vice Chair Ms Nkatha in 2018 after falling out with chairman Wafula Chebukati.

The President has also replaced envoys in Ottawa, Canada and Australia after their respective holders John Lanyasunya and Isaiya Kabira completed their tour of duty.

The Mission to Australia will be headed by Mr John Tipis,  who had been the Director for African Union affairs at the headquarters in Nairobi, while the Ottawa one will be headed by Ms Immaculate Wambua who headed the Americas Directorate at the Ministry.

Lindsey Kiptiness, who has until now been Director for Asia, Australia and Pacific Islands region will now be head of mission to Bangkok, Thailand.

Tom Amolo, who was special envoy for the campaign for the UNSC, will head to Berlin. Mr Amolo, who was the Political and Diplomatic Secretary, had also served as envoy to Abuja, Pretoria and Paris in his career.

Ms Tabu Irina, until now the Chief of Protocol, will head to Tokyo, replacing Solomon Maina who finished his term recently.

Rukia Subow who had been in Tehran will be replaced by Joshua Gatimu while Jean Kimani will head thepermanent mission to UN Habitat.

The Brazil mission will now be headed by Lemarron Kaanto who had been deputy head of Mission in South Africa. Bujumbura will now be under Daniel Wambura who replaces Ken Vitisia after his tour of duty came to an end.