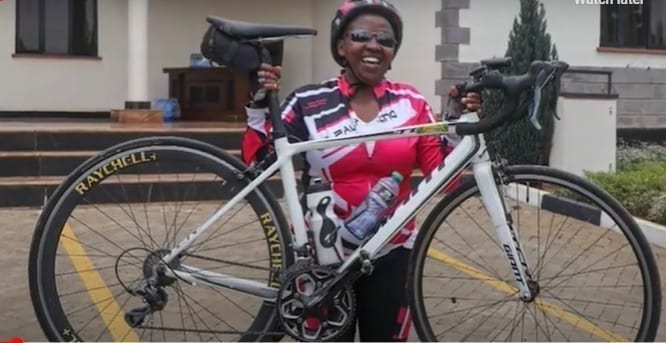 The wife of Deputy President William Ruto, Rachel Ruto joined cyclists on Saturday, October 24, during a ride in Nairobi county.

Speaking to Kenyans.co.ke, the organisation’s team manager Jojo Asin disclosed that the Saturday ride was for beginners.

“Today, Rachel Ruto was our special guest and it was a pleasant surprise. She completed the whole route that was roughly 37 KM,” he disclosed. 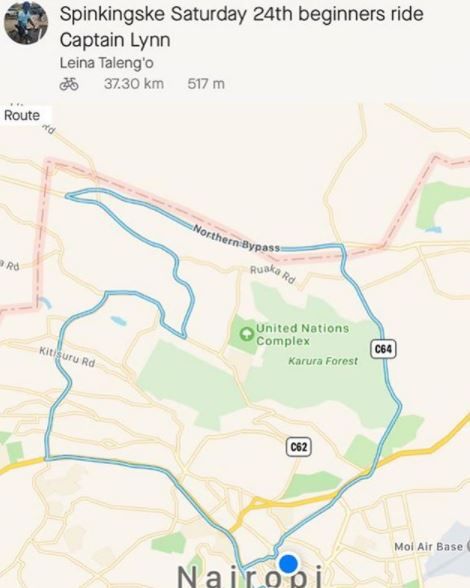 The route used by cyclists with Spin Kings Kenya on October 24, 2020.
INSTAGRAM

The riders later branched into Kiambu Road before heading onto Thika Road to Garden City and back on Muranga’ road, Globe roundabout, University Way and later concluded at the starting point.

“Rachel Ruto cycled back home after completing the route,” Asin stated adding that the route was selected to give the best experience and challenge the cyclists.

He added that they had taken measures to guarantee the safety of the cyclists on the road – safety measures which are observed during all the weekly rides.

“We have chase cars and marshalls who comprise of semi-elite cyclists who sandwich the beginners guiding and protecting them through traffic,” he explained.

Asin added that traffic police had been helpful in guiding traffic to give cyclists way. He, however, noted that they had challenges with careless and matatu drivers.

He stated that they were working to have laws that protect vulnerable road users on Kenyan roads.

Rachel Ruto has founded a cycling club known as Mama Cycling where she encourages everyone to take up physical activity.

She urges Kenyans to engage in cycling as it gives someone a good mood.

“Cycling gives me an opportunity to see more of our beautiful country as well as stay in good shape. You are always one bike ride away from a good mood,” she stated in a previous post.