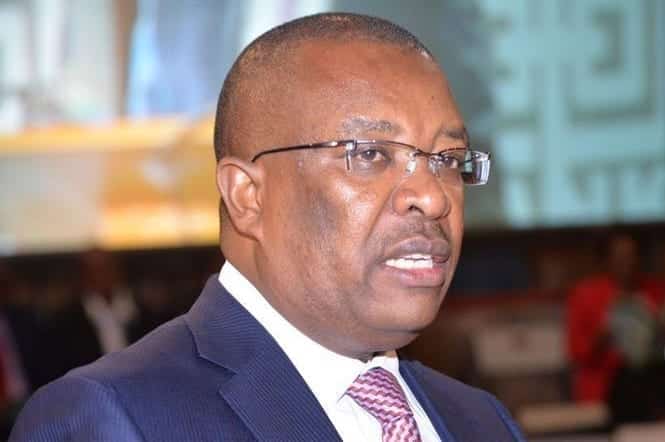 Kenya has  few corporate leaders who are paid millions  every month and earn lots of money more than President Uhuru Kenyatta himself.

Co-operative Bank CEO Gideon Muriuki is the highest-paid CEO of all the Nairobi Securities Exchange (NSE) listed firms, after receiving Ksh376.4 million in 2018.This translates to more than Ksh1 million in a day.

Of his total pay, bonuses made up the big chunk, amounting to Ksh271 million for the year ended December 2018. His salary rose by Ksh5.6 million or 5.6 percent to Ksh105.4 million.

In a statement, Co-op Bank said the remuneration is a reward to Mr Muriuki who is credited with turning around the bank and growing it to Kenya’s third-biggest lender by earnings and assets size.

“The group has invested in a performance-driven reward structure, and the board has rewarded tremendous growth and transformation of the bank from a huge loss position of Sh2.3 billion in year 2001 and an asset base of only Sh25 billion to now one of the largest banks in the region with an asset base of over Sh425 billion,” Co-op Bank told Business Daily.

Mr Muriuki is followed at a distance by KCB Group’s Joshua Oigara who also got a 6.6 percent pay rise last year to Ksh273 million, up from Ksh256 million in 2017.

The duo were followed by Standard Chartered CEO Lamin Manjang, who left the Kenyan unit in December 2018, taking with him Ksh100.9 million.

NIC Bank MD John Gachora recorded a decrease in his salary as he got Ksh95.9 million as opposed to Ksh98 million in 2017.

The list was concluded by Former HF managing director Frank Ireri who was paid Ksh64.1 million.

According to reports, the average employee of these six banks earns nearly 64 times less than these CEOs. The median bank worker was paid on average Ksh2.64 million in the year under review or Ksh220,200 per month

The Cancer Won’t Go Away, I Need Alternative Treatment-Kenyan Diaspora