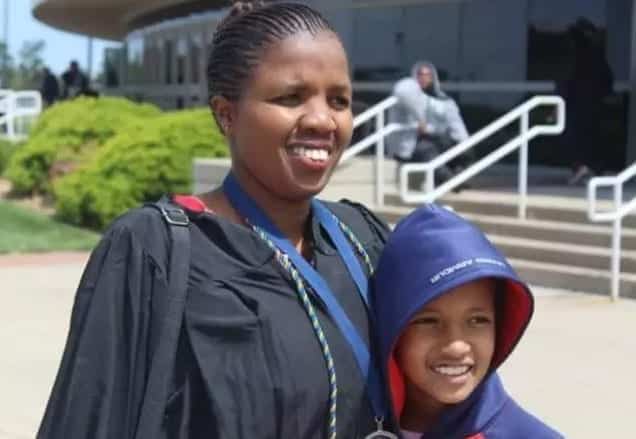 Writing a will is truly important! A lady by the name Lesoret Rutoi experienced it first hand. She moved to Germany in her early twenties, and while there met an honourable German gentleman.

He had been married twice and divorced twice. One of his greatest desires was to have children as he had grown up as an only child with no siblings. However, both his ex wives wanted no children most german women prefer not to have children, although their government, in an attempt to ” bribe” German women to have children, gives you some money monthly for every child you have.

Anyway, long story short, he asked her to give him a child. She easily agreed as she knew deep inside she wanted children. They later had a son. A pointee. He loved to watch documentaries and we often watched them together.

One evening as they were enjoying a medical documentary while enjoying endless cups of cappuccino, he told me he had something important to tell he, he showed her a patient’s decree he had written.

The lady wanted to cry when she read it. It described how he wanted to be treated in case he was ever so ill that the doctors were certain he was going to die. It read, ” A painless death. No life-elongation measures. ” He then showed me his Will, which gave all his pension to their son, and her as the custodian. He finally showed Lesobett where he kept those important documents. Many years after this thought-provoking evening, he had been admitted at a the hospital due to a heart condition, when Lesobet got this call from the hospital with the instructions to come over quickly and bring the patient’s decree with her.

The Lady rushed to the hospital with her heart in her hands. When he saw her, he smiled and squeezed her hand. The wife smiled back and squeezed his hand too, but really, she wanted to ask him how he could be smiling when they should both be crying.

It wasn’t supposed to end like this. Not in a hospital room with their hands locked, smiling at each other in their final speechless, warm conversation. The lady didn’t need anyone to tell her what was going on. She knew It. But more than that, she wanted to change the decree to say that he could get some form of life elongation attempts, but she was forced to respect the sanctity of a person’s wishes.

Beside his bed, there was a machine that showed his heartbeat per minute. When Lesoret got there, it showed 72. However, the number began to drop slowly, to 50s, then 40s, then 30s.

Then 20s. According to Lesobet she wanted to scream at it to please stop. However, she sat there, numb, as she watched this spectacle and prayed. Finally, the damn thing read zero. A heartbeat of zero? Can a person have a heartbeat of zero?

She knew what had happened. What was she going to tell their son who was waiting for them to both get back home? The doctors and nurses came into the room and her legs were numb. They couldn’t support her anymore and she dropped to the floor as she stared at him in disbelief.

The man, with whom she had experienced such beautiful times.Vacations around Germany, France and Spain, laughed at the crooked German sense of humour. The man who had gone down on one knee and proposed to her with a golden ring(She claimed that she turned down the marriage proposal as she felt that their priorities and cultural differences were worlds apart).

She thought she’d never recover.By God’s Mercy and Grace, and because he had written a will that gave their son and her access to his pension, she is here today to tell her story, making sure that they’re happy everyday, with the help of the pension thanks to the fact that this kind, loving gentleman had clearly stated every one of his wishes in a written Will, and showed her where to find it.

Having watched with her own naked eyes that death is real and that we only live once, Lesoret thinks of him often and misses him terribly.  She hopes it makes sense that writing a will, showing it to your loved ones and  telling them where to find it can be very helpful to them after your death, which is inevitable and will surely happen someday.

VIDEO/PHOTOS:When ‘Prophet’ Owuor Was Beardless and Hustling in The Streets