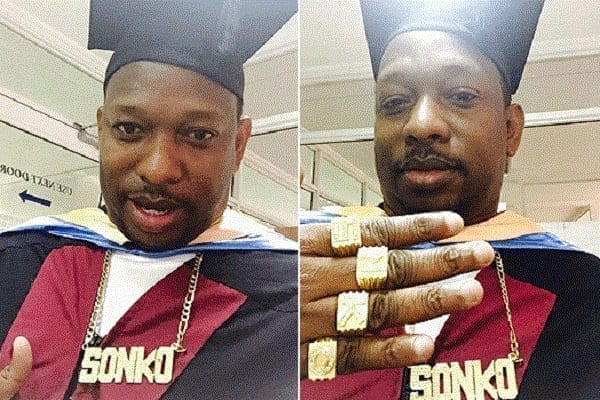 President Uhuru Kenyatta and ODM leader Raila Odinga could strike a political deal to craft a handshake government in Nairobi after the removal of Mike Sonko.

There are indications Uhuru and Raila may agree to sponsor candidates to take over as governor and deputy governor to further cement their handshake pact.

The plan could trigger a vicious political battle with Deputy President William Ruto, whose allies are said to be scheming to front a candidate to face off with the handshake duo’s pick.

On Thursday, Ruto’s allies in the Senate voted against the impeachment of Sonko.

Twenty-seven senators voted to remove him, while 16 voted to save him. Nairobi Senator Johnson Sakaja and his Makueni counterpart Mutula Kilonzo Jr abstained.

The motion in the Senate came as a result of Sonko’s impeachment by the county assembly in early December. Eighty-eight MCAs voted in favour of the motion. Eighty-two votes from the 122 MCAs were needed to impeach Sonko.

The governor’s by-election is expected to be held by mid-March 2021. Some of the big names being mentioned to contest the seat include former governor aspirant Jimnah Mbaru, ex-Dagoretti South MP Dennis Waweru, former Governor Evans Kidero and ex-Starehe MP bishop Margaret Wanjiru.

The race is expected to be a BBI referendum test run, with Ruto, who is likely to support a candidate from another party, likely to ramp up his campaign to gauge the handshake power.

Buoyed by the decisive win in Msambweni constituency in which his candidate, Feisal Bader, an independent candidate, triumphed over ODM’s Omar Boga, the DP is said to be seeking to field candidates in more upcoming by-elections, including Nairobi.

Ruto’s camp is said to have initially indicated sponsoring Sonko back as an independent candidate, but that might not work as the law bars a person removed from office from being cleared for any public office.

Bishop Wanjiru is seen as Ruto’s best bet for the race as he seeks to firm up grip on Nairobi politics ahead of the 2022 polls.

Two weeks ago, Waweru openly asked for the backing of handshake principals to take over as the new Nairobi governor.

“We have seen the clouds gathering in Nairobi. And now that I have passed the exams, nimetosha,” Waweru said.

He spoke after the collection of 6.2 million signatures in support of the BBI.

On Friday, veteran city politician and nominated MP Maina Kamanda said,  “The next Nairobi governor will be the first child of the handshake.”

The former Starehe MP said the Nairobi handshake team would soon meet to strategise on how to capture the seat and boost the Building Bridges Initiative process in the capital.

“Nairobi is the bedrock of the country’s politics, when you control Nairobi politics, this indicates you have a national appeal,” he said.

On Friday, Nairobi ODM chairman and Makadara MP George Aladwa told the Star that the party will work closely with Jubilee to avoid any antagonism that could expose the handshake.

“The best way to go about it would be for the handshake team to agree on a winning formula so that we do not divide votes that can give room to our opponents,” he said.

Lang’ata MP Nixon Korir, a key Ruto ally, on Friday said the DP’s camp will consult widely and explore all possibilities before making a declaration.

“It is too early to discuss our plan because as you know, Sonko’s impeachment just happened on Thursday. However, consultations are on to weigh all options,” Korir said.

He said the side that will be backed by the ‘Hustler Nation’ will capture the seat because many Kenyans are saying no to the politics of tribalism and ethnicity.

Amani National Congress leader Musalia Mudavadi is also said to be keenly analysing the situation before declaring if his party will field a candidate.

“The Luyha community is one of the largest ethnic tribes in Nairobi and missing out on such a contest would depend on the dynamics and our strategic interests going forward,” a senior ANC official, who declined to be named, said.

Waweru lost the Jubilee nominations to Sonko while Mbaru decided to run as an independent candidate after losing the primaries.

There is talk that former Gatanga MP Peter Kenneth, who lost the Jubilee nomination to Sonko in the run-up to the 2017  election, could be fielded as a plan to prepare him for a prime position in the 2022 BBI matrix.

However, it remains unclear if Kenneth, a close ally of both Raila and Uhuru, will contest.

Why farmers are abandoning coffee production in Kenya