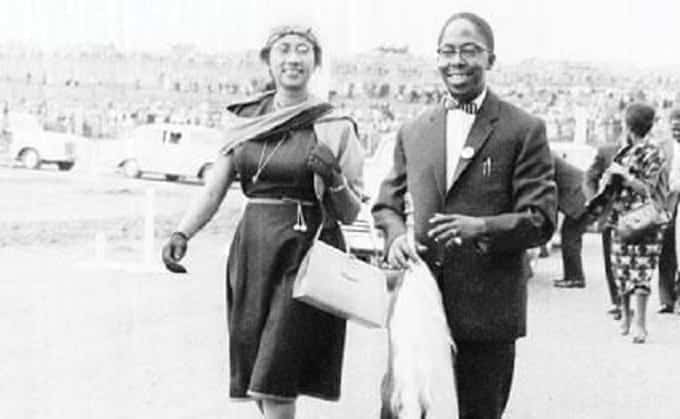 While serving as the Home Affairs Minister in 1966, Daniel Arap Moi deported then Commerce and Industry Minister Julius Gikonyo Kiano’s wife after causing drama at a Nairobi club.

The scene in question was after the wife, Ernestine Hammond Kiano busted Kiano having a good time with his Mpango Wa Kando (another woman).

Known to be protective of her husband, Ernestine fiercely marched to the Minister, took off her shoe and hurled it in his direction.

Luckily, he managed to duck out of harm’s way as the shoe hit the wall.

That was just one of the public humiliations captured in his biography, Quest for Liberty. Gikonyo reached out to Moi to help him deal with her and Moi intervened by deporting her.

Kenyans Raise Ksh200K For Mercy Atieno who was Deported From…

In a Kenya Gazette notice, in June 1966, Moi ordered Ernestine out of the country and declared her persona non grata “Ernestine Hammond Kiano had shown herself by act and speech to be disloyal and disaffected towards Kenya.”

Upon her arrival at New York’s John F. Kennedy Airport from London on June 9, 1966, an Associated Press correspondent reported that she looked nervous and dismissed questions from the media with “No comment.”

Interestingly, two years prior to her ejection, Ernestine was the first American citizen to renounce her citizenship in February 1964.

When she arrived in Kenya, she was part of Dr Kiano’s campaign team and was at times spotted donning Kikuyu traditional regalia.

Envoy admits of rising number of cases of Kenyans being mistreated

Museveni ramps up security in wake of Entebbe ‘threat’