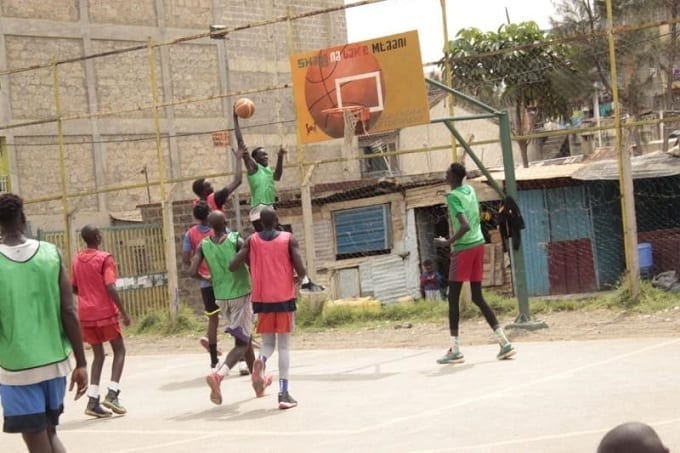 The selection exercise dubbed Life Above the Basketball 2021 attracted over forty upcoming basketballers aged below 18 years from all over the country.

Others were Olivier Karekezi, a class six student at Kifaru Primary School and Mathis Codjia, a grade eight student at International School of Kenya, who have now earned scholarships at the United States of America colleges.

“I have been involved in basketball from a very young age and I’m glad that my skills impressed the coaches.

“This is a good chance for me to go and study as well as improve on my basketball career. My aim is to make it into professional ranks and eventually play for the Kenyan national team, Moran,” said Ochieng who travelled from Mombasa.

Deng hopes to emulate his idol and former NBA star South Sudanese-British Luol Deng and play the sport at the highest level.

“It’s a dream come true for me to be picked to and go play in the US, I have always had the dream of making it to the NBA and be like my idol Luol Deng,” said Deng, who towers at 6 feet and 11 inches.

Born to Kenyan parents, Lihalakha is the director of Life Above the Basketball, an organisation that scouts and mentors upcoming basketball players in the United States and China. The organisation aims to raise the standards of basketball in Kenya by offering scholarships to the most talented youths in the sport.

“I’m dazzled by the level talent displayed by these kids, unfortunately we can only offer six slots, but I urge others to continue working and next year we will be back and give them another opportunity,” Lihalakha said.

“The six we picked are the immediately workable players, who have tangible skills. We not only look at the height, but also ecademic performance.”

Lihalakha added: “The selected players will be placed at different colleges and have opportunities to play college basketball.”

The trial was conducted in partnership with Elite Sports Africa basketball Academy which is headed by Martin Okwako, former basketball player.