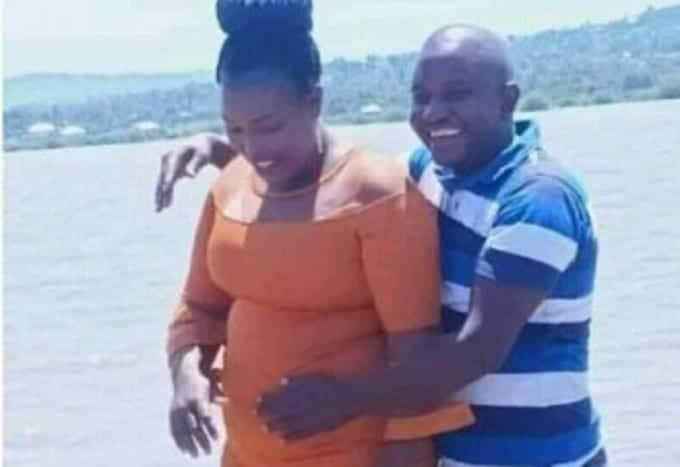 Evans Karani, 38, a businessman based in Juja, Kiambu County has baffled detectives after allegedly confessing that he murdered his estranged girlfriend on Wednesday last week and dumped her body near a forest hoping it would be eaten by wild animals.

Mr Karani, who runs a transport business and doubles up as a sand broker in Ndarugo, had dated 24-year-old Catherine Nyokabi, a mother of one, for nearly four years but their relationship had been rocked with claims of infidelity with Mr Karani accusing Ms Nyokabi of having an affair with another man.

Desperate and feeling betrayed, Mr Karani reportedly told detectives that, early last week before the murdered happened, he had unsuccessfully tried to convince Ms Nyokabi to delete a photo of the alleged new lover from her phone because it was hurting him.

Mr Karani allegedly said Ms Nyokabi refused to do so, and this is when he started hatching a plan to kill her.

He said his first intention was to kill the alleged lover but he later changed his mind. Mr Karani is married to another woman.

On Wednesday evening, the day Mr Karani executed the murder plot, he called Ms Nyokabi on phone and told her that he wanted to meet her so that they could iron their differences.

Ms Nyokabi obliged and asked for money for the hairdresser. She would later meet Mr Karani in Ndarugo without knowing that she had gotten herself into a death trap.

Inside his Nissan Wingroad, registration number KCE 920V, Mr Karani had a bottles of wine, her favourite, and after exchanging pleasantries, he told her that he had bought the drinks to enable them relax and talk.

Mr Karani told police that when he noticed that Ms Nyokabi was completely intoxicated and could hardly talk, he strangled her with his belt. To ensure she was really dead, he reclined her seat and used a rope to finish the job.

Sure she was dead and that he had accomplished the mission, Mr Karani drove to Tola Estate in Witeithie, Juja constituency with intentions of dumping the body, but, near Bob Harris area, his car got stuck in the mud. Mr Karani told detectives that he then used a knife to mutilate her body.

Confused or may be determined to cover up his crimes, Mr Karani stepped out of his vehicle and removed the body. He tried to cover it with mud.

The body would later be exposed and locals who noticed it called the police.

The following day, Mr Karani told police, that he tried to commit suicide by taking poison but this did not work. When the pain become unbearable, he bought a packet of milk and drank it, inducing vomiting.

He later told a close friend that he had killed Ms Nyokabi and that the act was haunting him. The friend called the police who traced the suspect to his hideout in Githurai Kimbo.

At Juja Police Station where Mr Karani’s vehicle is being detained, blood stains are evident on the door and on the car’s  rims. Inside the vehicle are two bottles of water, ropes, house keys and screw drivers.

Detectives told Nation they made a breakthrough in the investigations after the suspect cooperated and led them to where he disposed the murder weapons. 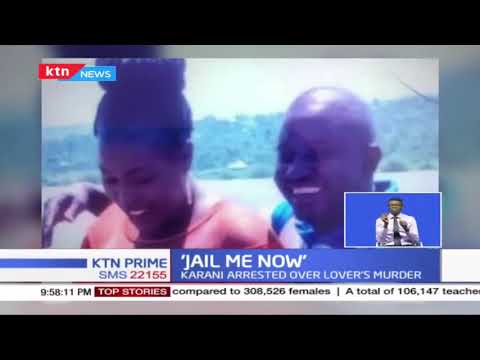 Poll officials trickle in at Bomas with Forms 34A, 34B