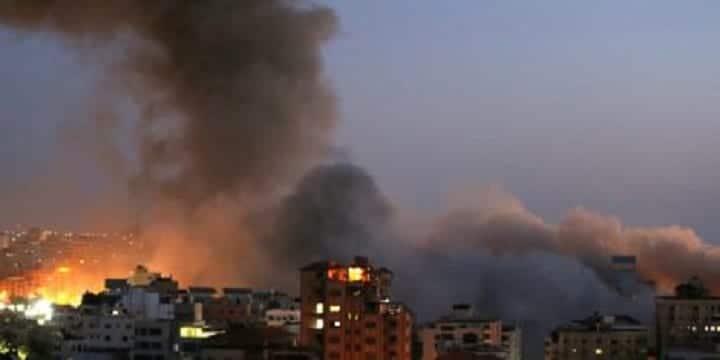 As tensions between Israel and Palestine escalate, Kenyans are among the foreigners caught in the war that has caught international attention.

The two countries have been firing rockets at each other, with reports indicating that over 65 Palestinians and six people in Israel have died.

A Kenyan student residing in Tel Aviv area shared his plight and horror experience while speaking to Kenyans.co.ke on Thursday, May 12.

“Kenyans enjoy more peace than they know. Israel is generally peaceful that is why there is so much investment here. However, right now we are living under constant attack,” the masters student who sought anonymity lamented.

Among Kenyans in Israel are business people, government-sponsored and private students. Those sponsored by the government are agricultural trainees who are usually linked with financial institutions to enable them to start agribusiness projects after graduation.

The student who spoke to  Kenyans.co.ke is privately sponsored and relocated to Israel in 2020 from Nairobi.

“Israel has a technology known as the Iron Dome which intercepts rockets and missiles. The technology also notifies us of incoming attacks which automatically initiates an alarm system.

“We usually seek for protection in bomb shelters whenever we hear the sirens. The bomb shelters are called mamad in Hebrew. Whether it is 9 am or 2 am or midnight, one has to leave his bed and hide inside the shelters,” he narrated.

The Iron Dome air defence system is a short-range, ground-to-air, air defence system that includes radar and Tamir interceptor missiles that track and neutralise any rockets or missiles aimed at Israeli targets. It is used for countering rockets, artillery & mortars (C-RAM) as well as aircraft, helicopters and unmanned aerial vehicles.

Encouragement: Ask and encourage the distressed individual to perform effective and simple actions such as contacting relatives, collecting phone numbers of the people around you, preparing and eating food.

Kenyans in US push remittances to Sh19.2bn