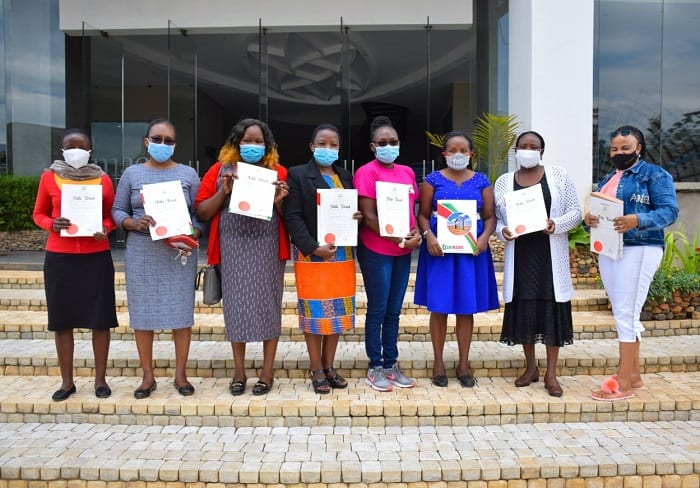 Naturally men and women are different. Therefore, it is no surprise that they have unique financial behaviours and approaches when it comes to investments.

A study by investment firm Fidelity Investments found that women performed better in terms of investments compared to men by 0.4%.

Although the success of any investment largely depends on the specific investments, success of women in investing in real estate can be attributed to a number of factors.

Currently, women are buying houses and land, activities that were initially dominated by men. Generally, me would later pass the properties mainly to their sons, denying their daughters and wives chance to own them.

But the Kenyan constitution promulgated in 2010 offers women in Kenya equal rights with men when it comes to owning property.

How to Spot a Juicy Investment Scam in Kenya 2021

According to Fidelity Investments, Global Poverty Agenda and World Bank researches and studies.

Below are some attributes that have made women rise more in real estate investments compared to men.

This has caused them to take less risk compared to men. However, that doesn’t mean they are risk averse.

Rather, they are simply more likely to take on appropriate levels of risk with their investments than men.

Women are more likely to be more patient with investments compared to men. This makes them reap benefits for long term investments such as real estate.

In addition, studies show that men trade 45% more often than women and although men are more confident investors, they tend to be overconfident in the short term and they end up making losses or reduced returns.

A survey by research firm Consumer Insight found out that that owning property tops the list of many wishes by Kenyan women.

The survey revealed that 37% of women placed house ownership as their top wish with those aged 26 to 37 leading the way.

In addition, dream wedding, going for holiday and successful marriage are following in the distant. Men prioritized more on getting stable jobs and generating income before owning property.

It is estimated that 80 per cent of urban women are in business. Whether it is boutique, cosmetics, baking, catering, shoes, makeup etc.

Through this businesses, they come together as a group of 5 to 10 women and strategize on how best to raise a targeted amount to buy plots.

Their contributions are made on weekly basis and upon reaching the amount, they purchase properties for each one of them.

This strength allows them to invest without much struggle because they believe if they choose to invest as an individual few of them will manage to raise the amount.

But if they do it as a group the burden is easier to bear. “Unity is strength” has seen women own properties and invest in them.

At Username Investments for example, we have more women Chamas compared to men investing in land.

Easier access to credit as a result of their informal savings

Financial institutions such as bank and Sacco’s are now leveraging on the potential of chamas.

They are extending customized Chama loans that women are taking advantage of as compared to men who rarely have informal savings.

In most instances women will make gradual savings targeting an affordable piece of real estate that has potential to grow.

They keep buying and buying in smaller affordable capacities and ultimately grow their investment portfolios.

Women do not mind buying properties worth Kshs 199,000- Ksh 599,000 rather than targeting a property worth 5 million that will keep them pooling resources for a lifetime.

On the other hand, men aspire to own pricier properties for prestige purposes which take longer to achieve.

Related article How Ksh 10,000 Made Me a Land Owner in Kenya

Women perceive investments as a security for their future

With the cultural biasness that previously barred in women inheriting property. The millennial women are now preferring owning a property of their own. This is a way to secure their families from future uncertainties.

Preference to buy plots to either resell it or build on it in future. They perceive this as the best investment they prefer making for their families.

Having a place, they call home, park their own cars and sleep without the fear of rent is every woman’s desire.

Men on the other hand perceive investments as a form of prestige among their peers.

Watch a video of Reuben Kimani, CEO, Username Investments sharing on how women have become the best real estate investors