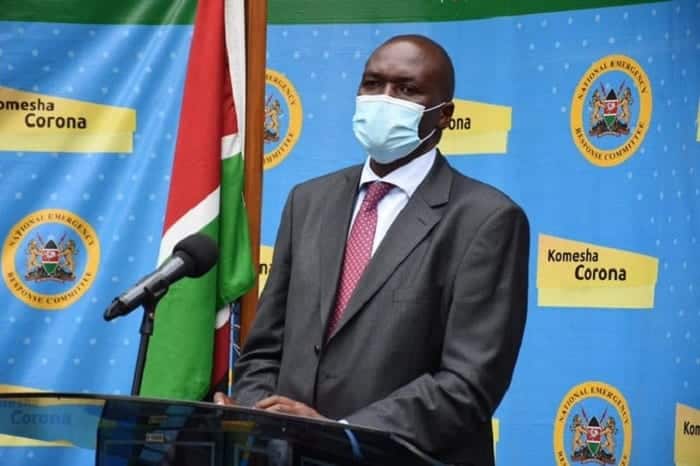 Patrick Amoth, the acting Director-General in the Ministry of Health, has been appointed as Chairperson of the World Health Organisation (WHO) Executive Board.

His predecessor, Dr. Harsh Vardhan, made the announcement on Wednesday during 149th session of the WHO Executive board.

“Dr. Amoth, who took over the position during the Board meeting in Geneva, succeeds Dr Harsh Vardhan from India. During his term, there will be the key election of the Director General of the WHO, a function which he will preside over,” a press statement from the union reads.

The Executive Board consists of 34 members. The World Health Assembly, taking into account an equitable geographical distribution, elects the Members entitled to designate a person to serve on the Board.

Each of these Members appoints to the Board a person technically qualified in the field of health, who may be accompanied by alternates and advisers.

VIDEO: WHO says Africa won’t be a testing ground for…

Kenya was elected to the Executive Board in 2019, and was previously represented by Dr. Masasabi John, until January 2020, when Dr. Amoth was appointed as the substantive Member. Kenya’s Ambassador in Geneva Dr. Cleopa Mailu is the alternate member.

These members are elected for three years and may be re-elected. The Executive Board meets at least twice a year. However, its functions are coordinated by a Secretariat based at the WHO HQs, Geneva.

In May last year, Dr. Amoth was elected Vice President of the Executive Board of the WHO for a 2-year term.

“I am overwhelmed & deeply grateful for your support and kind words on my election as Vice President of WHO Executive Board. My sincere gratitude also to MOH Kenya led by CS Mutahi Kagwe, for their confidence in me. I will endeavor to represent Kenya with dignity & honor. Asante!” he said at the time.

Dr. Amoth is a medical doctor with a Master of Medicine (MMed) degree in Obstetrics/Gynaecology from University of Nairobi.

From April 2012 to October 2013, he was Chief Medical Specialist Machakos Level 5 Hospital.

From September 2001 to November 2011 he was District Medical Services Officer for Kiambu East and West Districts.

On October 2008 he became Medical Superintendent Kiambu District Hospital and served in the same capacity for seven years until November 2011.

Between 1997 and February 2001 he was Chief Medical Specialist (Obstetrics and Gynecology) at the Department of Obstetrics/Gynaecology- University of Nairobi/Kenyatta National Hospital.

He worked at Provincial Hospital Kisumu from 1993 to 1997, where his duties included offering curative services and teaching junior doctors and nurses.

List of Top Motivational speakers Most Sought after in Kenyan