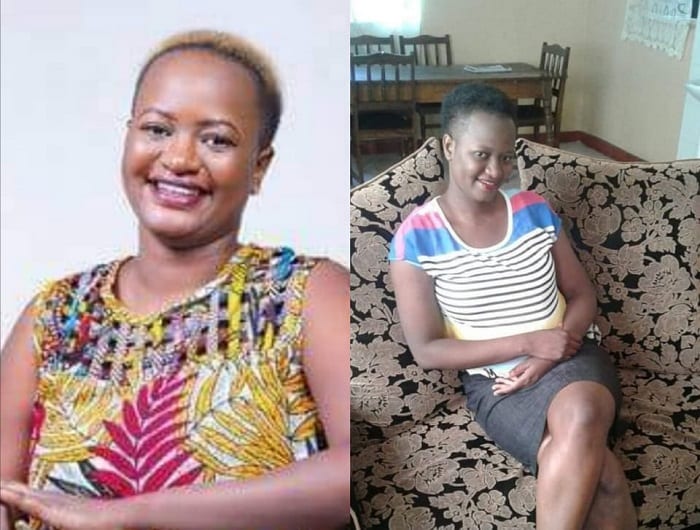 The little-known Irene Mutaki, who has sued the Speaker of Senate Kenneth Lusaka over the upkeep of their alleged unborn baby, contested for the Ford Kenya party ticket for the Webuye East parliamentary seat in 2017, K24 Digital has established. She, however, lost to Daniel Wanyama.

The youthful lady never gave up despite losing; she continued to support the party and campaigned for its candidates across the county.

”She used to sing in Ford Kenya rallies during the campaigns until the top three county seats were won by the party,” said one of the Ford Kenya supporters.

Her hard work got the attention of the party leader Moses Wetang’ula who nominated her to the Bungoma County Assembly.

The political activist who hails from Misemwa village never lasted in the assembly as her nomination was later revoked after numerous complaints.

Mutaki had been nominated to represent the youth but her name was later replaced by Luke Opwora who hails from the township ward in Kanduyi constituency.

Efforts to get her comment hit a snag as she hung up upon on us.

Mutaki took Speaker Lusaka to court for allegedly refusing to take up paternity roles after he allegedly impregnated her.
Related Posts
NEWS

VIDEO: Why Raila is trending at the Devolution Conference in…

She told the court that she has been intimate with the Speaker for more than a year and that the two have in several instances engaged in unprotected sex.

According to court papers, the woman fell out with Lusaka after he insisted on the termination of the pregnancy.

“The applicant declined to accede to the proposal and now she is three months pregnant and counting since she discovered that she was expectant of Lusaka’s child,” the court papers read.

Court papers further stated that the woman was willing and ready to go for a prenatal paternity test to confirm that Lusaka is responsible for the pregnancy.

No One Cried at My Friend’s Funeral