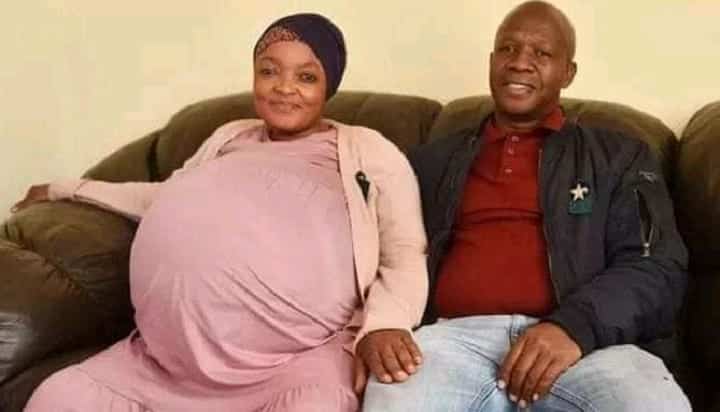 Just when South Africans were getting used to the news that a local woman gave birth to 10 babies, the story has taken a surprising turn.

The woman who gave birth to the decuplets, Gosiame Thamara Sithole, is the alleged mistress of the man many believed was her husband.

According to various publications in SA, Teboho Tsotsetsi, the father of the decuplets born on June 7, is married to another woman.

The Citizen reported that Tsotsetsi had mistreated Gosiame during her pregnancy.

He was also reportedly unhappy on hearing news that she was expecting multiple children. Tsotsetsi’s wife, Sibongile Gxekwa, said in a News24 article that he had ordered her not to speak out about her anguish after news of Gosiame’s delivery went viral.

A change of heart The Citizen also reported that Tsotsetsi allegedly changed his feelings towards the unwanted pregnancy.

He reportedly had a change of heart after people across SA offered to send donations and gifts for children, dubbed the Tembisa 10.

After the miracle birth story hit the headlines all across SA, Gosiame’s family were reportedly not happy, The South African reported.

The publication claimed that her family shunned her for getting pregnant again out of wedlock. They also expressed concerns about how the overnight fame would affect the young mother’s mental health.

More on the Tembisa 10

TUKO.co.ke previously reported that The Department of Social Development in Gauteng confirmed the births on June 9, 2021.

Spokesperson Feziwe Ndwayana said they moved the mother and her babies to a safe place. The children also received outpouring support from the government and private institutions.

JUBILEE CHORALE performing ‘Soon I will be Done’