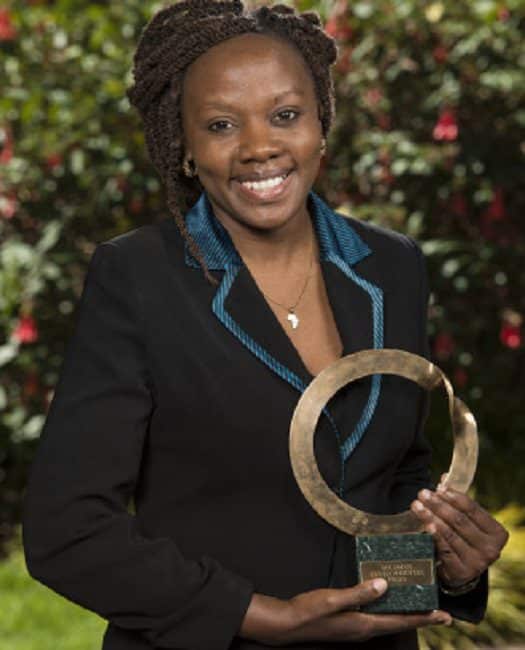 A Kenyan single mother Philis Omido from Mombasa County was featured in the Time 100 list of most influential people in the world on September 15, 2021.

Omido was nominated by the Time 100 alumni and environmental activist Erin Brockovich who hailed the Mombasa activist for her work in getting justice for the residents of Uhuru Owino in Mombasa.

She was named among the Worlds most influential people according to Time Magazine in the list which shares captivating stories of people who have made a true impact in the world through their works.

Brockovich described Omido as her hero for taking the fight against top government agencies and even her former employer when she discovered that they were poisoning residents.

Omido was a casual worker in the factory before she realised that her own breast milk was poisoning her child.

The menace was first brought to light after KTN carried out an expose of a lead poisoning scandal in the area early this year.

About 3,000 victims of lead poisoning in the Owino Uhuru area, Changamwe Constituency sought compensation from the National Government.

The residents blamed the government for negligence and failure to monitor the metal refinery company that was set up in the area. The factory was accused of dumping poisonous residue in the slums that negatively affected the community that surrounds it.

In 2010, Omido’s son fell ill and after a series of tests and treatments he did not get better and the problem could not be identified.

A friend suggested that the child should be tested for lead poisoning and doctors found he had dangerously high levels of lead in his blood.

Omido took the battle to court and with the help of the Uhuru Owino residents, they won a landmark compensation of Ksh1.3 billion from the Government.

“People say you can’t fight city hall; Phyllis Omido proves that not only can you fight, but you can also win,” Brockovich wrote in her nomination.