Popular Akorino model Peris Wanjiku, aka Pesh Kenya, is officially off the market. In an exclusive interview with Nairobi News, Pesh revealed she is engaged after dating for three years.

Akorino is a religious group mainly found among the Agikuyu tribe.

The word Mukurino is said to mean who is the deliverer (Jesus).

The wedding with the lucky man is set to take place in October of 2021.

Popular ‘Akorino model’ Pesh Kenya opens up about dating and…

PHOTOS: The identity of the man ‘dating’ popular Akorino…

“We started out as friends then after a few years, he told me that he had developed romantic feelings for me and asked me to be his girlfriend. I am so happy because he has been very supportive to me, especially my modelling career,” Pesh said.

In 2019 social media went ablaze after she shared pictures of herself while at the coast in the company of a man.

The two were pictured inside a plane and also enjoying a boat ride at the ocean.

She however did not reveal his identity.

Pesh rose to the limelight for her uniqueness in the modelling industry by refusing to remove the Akorino head wrap while modelling, not to mention her boldness which is a contrast to the “reserved” nature of Akorino’s. 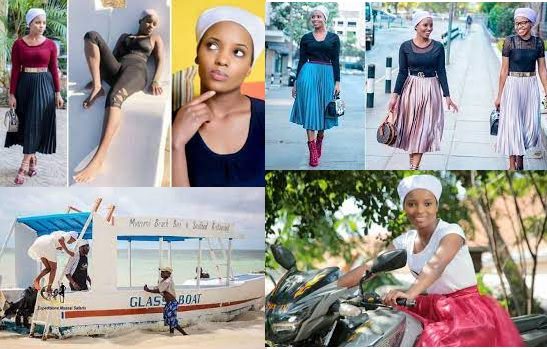 In October 2020, Pesh opened up about dating and marriage, revealing some of the doctrines her strict religion imposes on relationships.

In an interview with a local publication, Pesh disclosed that she was single and looking to settle down. The fashionista behind Careh Beauty Shop, however, noted that men fear approaching her.

“If I am to be honest, I’m at a point in my life where I need to settle down. I don’t want to get to my 30th birthday without having ticked this box. I’m yet to find my perfect match. Not so many men approach me, more so the Akorinos. Maybe they feel intimidated by me,” Pesh told Nairobi News.