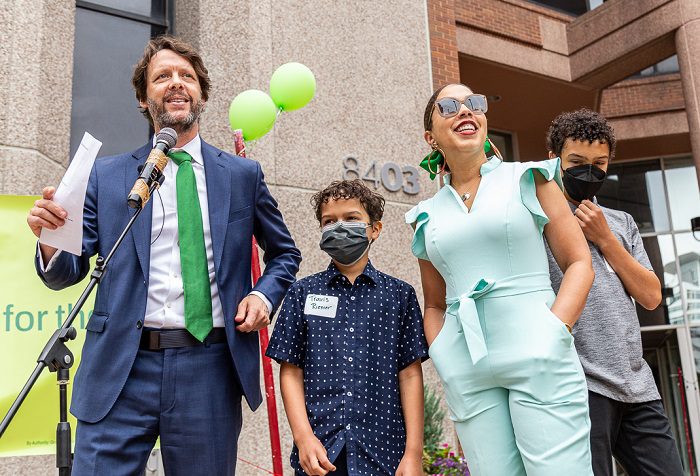 Hans Riemer is a progressive At-large Member of the Montgomery County Council who is running for
Montgomery County Executive. Growing up in Oakland, California, Hans learned the power of
progressive social change to create opportunity and build more just communities and has
dedicated his career to that cause since.

Hans is an organizer at heart. He first worked with Rock the Vote to register nearly a million
young voters during the 2004 election, and then went on to join the Obama campaign in 2007 as
the National Youth Director, aiding the campaign to what became known as the “Year of the
Youth Vote” by Times Magazine. He ran for the Montgomery County Council and was elected
in 2010, beating three incumbents in the At-large field.

On the Council, he has stayed true to his values and his belief that we can have growth, a clean
environment, sustainable energy, and livable communities. In this way, Hans works to take the
best of progressive thinking from the 20th century and reimagine it for the 21st century with its
demand for equity, opportunity and solutions that work for and advance all. His belief that
communities must have job growth to succeed has guided his embrace of private sector
innovation and his unwavering leadership for housing policies to support a growing, diverse
workforce.

Hans and his wife, Angela, have two children who attend public school in Montgomery
County, where Hans works every day to promote progressive policies such as
sustainable energy and livable communities for all.

Ruto hits back at Raila in row over JSC probe

THE BEST WINE IN TOWN