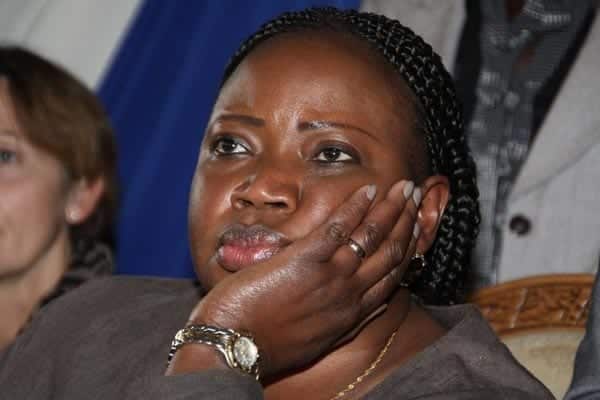 THE government has been allowed to make a comprehensive response to ICC Prosecutor Fatou Bensouda’s claims. Bensouda claimed that Kenya has not been co-operating with her office.

On Wednesday, the Trial Chamber V asked the government to make its application and gave the parties to the two Kenyan cases 14 days to respond to the submissions once the filing is done.

“Given the desirability of fully understanding the status of cooperation between organs of the court and the Government of Kenya, the chamber considers it appropriate to grant leave to the Government of Kenya to file observations on this issue and, further, to accept the submissions in the application,” the judges said in their decision.

The judges also shortened the time the prosecution, victims and the accused can respond to the Kenya government application to 14 days and vice-versa.

“Due to the need to ensure any outstanding cooperation concerns are addressed in an expeditious manner, the chamber considers it appropriate to set a shortened time frame of 14 days for submission of any such responses,” the judges said.

Attorney General Githu Muigai wrote to the court complaining that Bensouda has disgraced the Kenyan government by repeatedly claiming it is not cooperating fully with her office.

Githu cited recent comments by Bensouda that part of the reason she dropped the case against former Cabinet Secretary Francis Muthaura was lack of cooperation from the Kenyan government.

He wants all parties in the two Kenyan cases ordered to file on record their complaints against the Kenyan state so that it can respond and put matters straight.

Githu said the government has complied with all 37 requests by the prosecutor apart from two—those that relate to the request that the government furnish the court with financial information on the three suspects and statements of the interviews of ten police bosses.

On the financial information, Githu said “Kenya contends that there has to be a court order in place to fulfill this request.” In any case, he added, the pre-trial chamber found out that such a request lacked justification.

On the police interviews, Githu said there was a court order issued on February 1, 2011 prohibiting judge Kalpana Rawal from “taking or recording any evidence from any Kenyan” pursuant to any international criminal court process.

“It cannot be right that a State’s internal security is suborned by an outside agency’s ill supported allegations of non-cooperation which has the potential to erode national regard for the institutions of government and their compliance with the rule of law,” Githu said.

In her latest filing, Bensouda said the Government of Kenya supported the court order and that the order has remained “despite the repeated requests to the GoK to ask the court to designate judges to hear the case on the merits.”

Muigai said instead of always complaining, Bensouda will do better to report Kenya to the Assembly of State Parties in accordance with the provisions of the Rome Statutes.

He nevertheless said Kenya has fully complied with its obligation and handed over state documents and materials. “The provision of such sensitive national security materials to a third- party for use in criminal proceedings is, in the respectful submission of the Kenyan government, an unprecedented act of cooperation with the court and demonstrative of the Republic of Kenya’s commitment to and respect for the ICC,” he said.

The secret is out! Lupita is dating

Sadden Death of Ann Moraa at University of Minnesota Hospital