Really? Church leaders and ushers be armed with AK47 riffles

Really?  Church leaders and ushers be armed with AK47 riffles 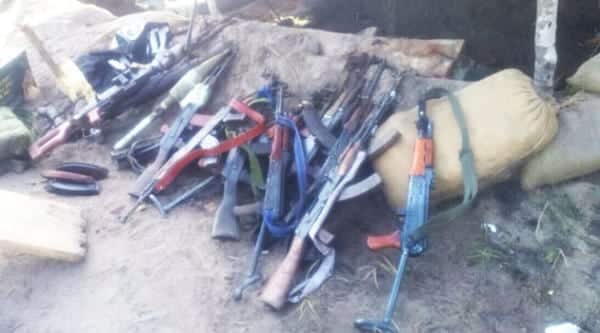 The declaration by a pastor that church leaders and ushers be armed with AK47 riffles for self protection has been greeted with shock by many Kenyans. The fact that the utterances were made at the funeral of a cleric shot while praying is an indication of how serious the church is taking the emerging threat of terrorism and crime targeting the church.

In the latest of such incidences, Pastor Charles Mathole, 41, of the Redeemed Gospel Church at the Jesus Glorious Sanctuary in Vikwathani, Kisauni, Mombasa County was shot in the head on Saturday, 19th October 2013. The motive for the killing is yet to established although it is alleged that he was killed to stem the growth of Christianity in the area.

Evidently, the church is under attack with notable attacks taking place in Mombasa, Nairobi, Garissa, Wajir and Mandera. Government efforts to protect churches and her faithful have been faulted on many occasions with the church blaming the police of laxity. A classic example is the attack on the Salvation Army church where the church leadership alleges to have informed the police of a pending attack but no action was taken.

That said, it is baffling that clerics would choose guns to fight the enemy against the teachings of Christ and teachings of the Holy Bible. Questions on most peoples minds are:
1. Has the church lost faith in God and the state to protect them?
2. Is it prudent to have firearms at places of worship?
3. Do churches have the capacity to handle firearms?
4. Is it necessary or is that the best option?
5. What precedence will that set for other “at risk groups”?

Well the jury is out on the church request but it surely is ungodly for the custodians of faith in God to put their faith in guns!

Waititu in trouble:Mbaru gets IEBC nod to vie for Governor