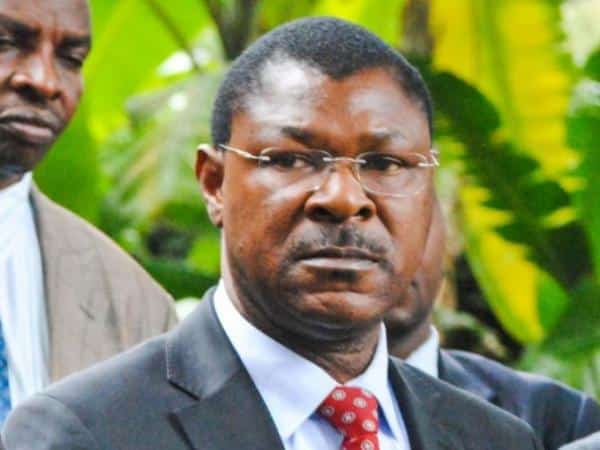 Former Bungoma Senator Moses Wetangula can now defend his seat in the forthcoming Bungoma by Election.

This was after Justice Francis Gikonyo who had earlier nullified his election gave him the greenlight to vie for the seat.

There were fears that Wetangula could be barred from defending his position over claims he bribed voters.

The former minister could have been barred if he was found guilty of having bribed voters as this is an election offence.

Justice Francis Gikonyo has however clarified that despite the investigations that were ongoing, Wetangula still has a right to vie.

The CORD Principal was unveiled on Tuesday after receiving a unanimous endorsement as the Coalition for Reforms and Democracy flag bearer in the December 19 Bungoma senatorial by-election.

Wetangula was unveiled at a ceremony held at Kanduyi stadium attended by officials and delegates from CORD affiliate parties among them Ford Kenya, Wiper Democratic Party, Federal Party and ODM.

This paves way for a battle of the titans between Wetangula and his main rival New Ford Kenya’s Musikari Kombo who had successfully filed petition against Wetangula.