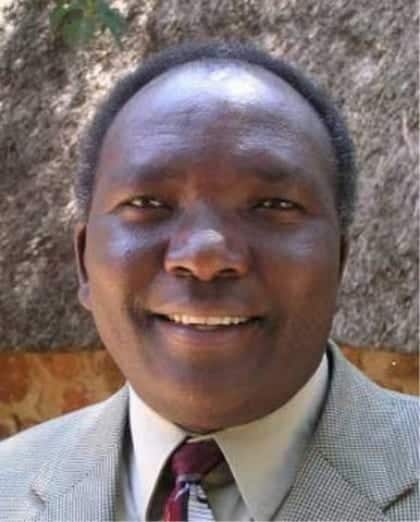 Death has occurred in Birmingham Alabama of Bishop Dr. Steven Kabachia Munyiri.  He was the son of the late Mr. Stephen Munyiri and his wife Mary Nyaikamba. Dr. Kabachia is survived by his wife Jenifer, his eight grown children, and a son-in-law.

Dr. Kabachia is the founder and Presiding Bishop of the Agape Churches, with headquarters in Madaraka, Nairobi and also the founder of the Jesus Harvesters Ministries International (JHM) are the culmination of years of work by Bishop Steve Kabachia and his wife Jennifer.
This ministry has evolved out of a passion for God and a burden for His people. Together with other Evangelists of like mind, Steve founded JHM, in Garrisa town of North Kenya in the early 1980’s as a non-denominational evangelistic ministry.
In 1984, God challenged Steve to move from making converts, to making disciples. This came through a vision of an open basket from where the birds of the air ate the seeds. There was an urgency to cover the basket so as to contain the harvest. In 1985, with his newly wedded wife, Steve went to the United States of America, for further theological training, so as to know how to cover the basket.  He was to learn that covering the basket meant planting of churches.
In 1987, JHM was incorporated as an Alabama non-profit organization to support the vision God gave Steve and Jennifer. Bishop Kabachia studied and received his BA in Theology from South Eastern Bible College in 1988. He continued his education and received a Masters of Education from the University of Montevallo in Birmingham, Alabama in 1989 and an MA in Missions from Birmingham Theological Seminary 1989. Dr. Kabachia obtained his Doctorate of Ministry in Missions at Trinity International University in Chicago, Illinois in 1992.
Related Posts
NEWS

Gone Too Soon: Death Announcemnet of Rodah Anono of New…

Death Announcement Of George Thendeu, Father to Joyce of…

The Kabachia’s then went back to Kenya, and planted AGAPE Bible Church, in the heart of Nairobi. His ministry is mainly evangelistic and church planting, targeting the unreached and the un-churched in East Africa. They have churches now, scattered all over Kenya, and they have started to enter the other countries of East Africa, like Uganda, Tanzania, and Rwanda.
A board of directors of Godly men, gives accountability and direction to this ministry. Their names are: Dr. Kyle Hudgens, Rev. Randy Williams, Dr. Ray Johnson, Larry Wren, Ed Henderson, and Tom Johnson. The ministry also has an advisory board of men of integrity, who have mentored Steve over the years who include: Tim King, Skip Nesbit, Dr. Frank Barker, Dr. George and Betty Jackson, and Dr. Mike McLemore. The Kabachias are blessed with 8 children and they all love the Lord.  One of his daughters, Lilly just got married this last August to brother Martin Murage.
MEMORIAL SERVICE: A Memorial service will be held on Sunday December 29th 2013 @ 5 pm at the Metropolitan Church of God,  2800 metropolitan way, Birmingham, Alabama 35243.  An Account has been opened for the funeral expenses and for the family at regions Bank Routing no. 062000019 the account number 0193574525. The body will be flown to Kenya on Tuesday the 31st of December. Burial will be held in Karatina, Nyeri on Saturday, January 4, 2014.
In Kenya you may contact Dr. Kabachia’s brother, Githinji Munyiri at: 0722-884460.  or Dr. Geoffrey Njuguna: 0733-720229.
In USA. you can contact Bishop Armstrong Cheggeh at 859 221 8013

Word of the Day:Faith in the New Year

VIDEO: Kenya can make it to World Cup, Uhuru says after trophy lands

Caught on video: Fist fight breaks out on U.S.-bound flight

SONKO GIVES HIMSELF ‘A’ FOR GOOD SERVICE TO NAIROBIANS