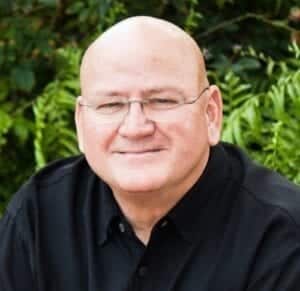 As humans we let people down and sometimes they let us down.  People can be unreliable; they don’t seem to appreciate it when you’ve done something for them. They tell you one thing then do another. They will just cop out and leave you hanging.

If anybody were a pro at dealing with people it was Moses.  Moses knew how to deal with disappointment.  He was the most patient man around in his day.  No man put up with more complaining.  The favorite pastime of the Jews at this point in their life was complaining.  That’s one of the reasons it took them 40 years to get across the wilderness. They kept complaining. They were very quick to criticize their leader.  They would challenge his leadership, doubt his decisions, criticize and question his motives.  At one point they just said, “Moses, you just brought us out here in the desert to die.” Moses thought, “Is that what I get?  Is that the kind of thanks I get?”

The incident we’re going to look at first is a water problem. The Israelites had many water problems.  The first problem they had was too much water at the Red Sea — How are we going to get across?  The next water problem is that they didn’t have any water, and they were looking for water.  Then the third problem here is they came to Marah where they found bitter water and they weren’t able to drink it.

The Myth of Forgiving and Forgetting

7 Kinds of People that are Hard to Help

From this incident in Moses’ life and his reaction we see several lessons about disappointment.

Exodus 15:22 “Then Moses led Israel from the Red Sea and they went into the desert of Shur. For three days they traveled into the desert without finding water.  When they came to Marah they could not drink its water because it was bitter, that is why the place is called Marah.” The Hebrew word “Marah” is the same word we get the name “Mary” from.  “Marah” means bitter.  It was a difficult situation and from this we learn several facts about disappointment.

1.  THE GREATEST SUCCESSES IN LIFE IS OFTEN FOLLOWED BY FAILURE.

Count on it! The greatest successes in life are often followed by failure. Notice that only three days earlier they had a victory at the Red Sea. They were flying high. It was a spiritual mountaintop.  In the first part of this chapter they’re singing a song of praise, “God has delivered us.  What a great day!  We’re unbeatable!  We’re invincible!”  Three days later they’re grumbling, murmuring. Remember Jesus once said; each new day brings its own problems.

The fact is, after every mountaintop there is always a valley. Always!

Later on they’re entering the land of Canaan, their Promised Land.  They first took over the largest key city in Canaan — Jericho.  They marched around it and the walls fell down.  It was a tremendous victory.  They defeated the biggest enemy in the country.  The very next week they go to Ai, which is a little dinky village and they were defeated.  They got a little cocky, a little too confident.

That’s the fact of life:  It’s the Ai’s that get us.  The big crisis of life we know who to depend on.  “God, I can’t do this. I need Your help.  Please help me!”  We depend on God.  But on the little problems of life, the daily irritations, we get presumptuous, and we think, “I can handle this one, God.”  It’s the Ai’s (small places and things) of life that get us down.

Have you just had a big success in your life?  Watch out!  You’re now going to be faced with a challenge.  It’s true that the greatest successes in life are often followed by the possibility of failure.

Why did God lead them to “Marah”, where it was bitter?  v. 25 “Then the Lord made a decree and a law for them and there He tested them.” God’s led them to “Marah”, a bitter disappointment, to test their reaction.  “Do they really trust Me?”

Israel’s response in v. 24, “So the people grumbled against Moses saying, `What are we to drink?’” Typical response:  complain, gripe, grumble, and criticize their leader.  How about you and me?

Tribute to a Fallen Diaspora murdered by thugs: He fought till the end!