Mourners took the body to Kenya Cultural Centre but were temporarily stopped at the gate as the venue had reportedly not been secured for a public viewing.

The body of the actor, named Benson Wanjau, was taken to Nyayo National Stadium, the venue at which the viewing was initially to take place.

The procession, mostly consisting of fellow actors and fans, moved around the CBD singing in praise of Ojwang, whose career spanned four decades.

Nairobi Senator Mike Sonko’s Rescue Team provided the hearse and a convoy of vehicles for the procession.

Ojwang died on July 11 at the Kenyatta National Referral Hospital while undergoing treatment for a pneumonia attack.

In March, he underwent an eye operation at Lions SightFirst Hospital in Loresho, after suffering partial blindness.

Ojwang’ will be buried at the Lang’ata cemetery later on Wednesday.

See the procession unfold in pictures exclusively gotten by Mpasho.co.ke. 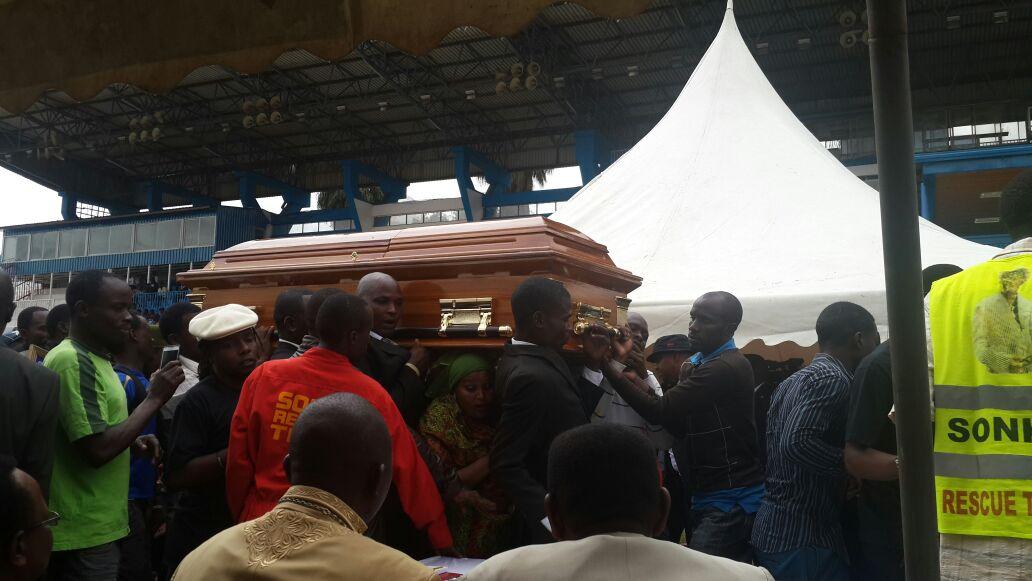 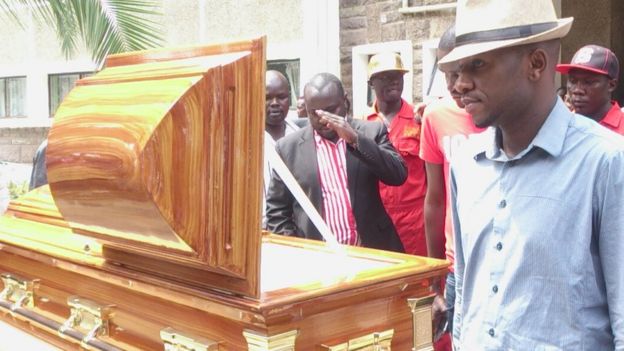 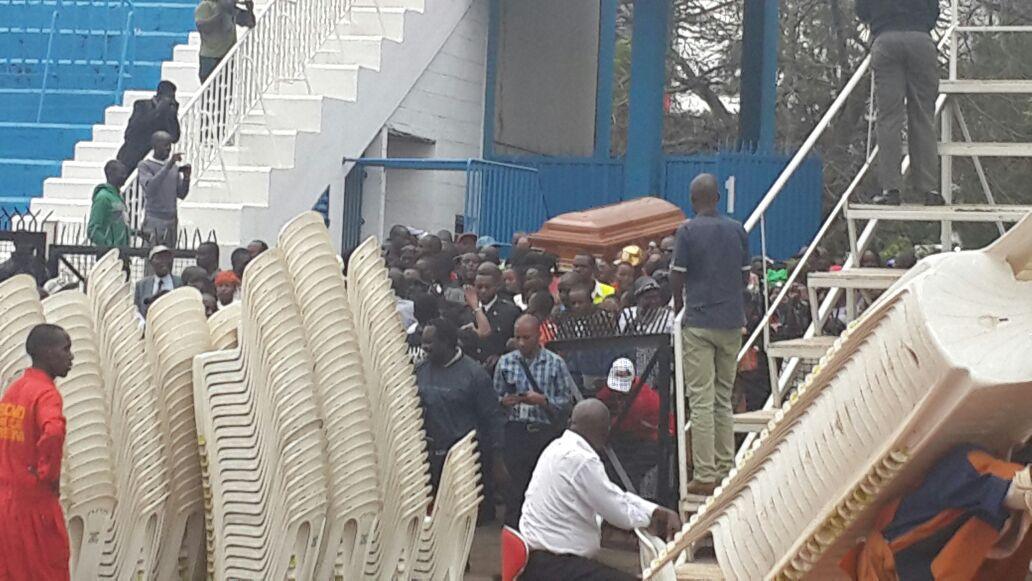