There was drama at the Milimani high court when youth said to be supporters of Nairobi governor Evans Kidero heckled and even attacked Kakamega senator Bonny Khalwale.
Khalwale had attended a defamation case filed by the Nairobi governor against him over claims he made about Kidero’s involvement in the collapse of the Mumias Sugar Company. Khalwale wanted the order barring him from linking kidero to the collapse of the sugar company lifted. 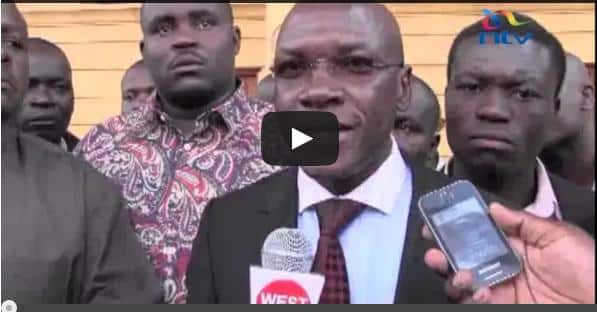 Kenyan Diaspora man to be jailed for raping minor in US

VIDEO:4 REASONS WHY DIASPORA LIFE CAN BE DEPRESSING

Bull’s Eye: Clash of the titans! Battle between COTU and PUSETU

Shock as another baby is found with needles in her stomach