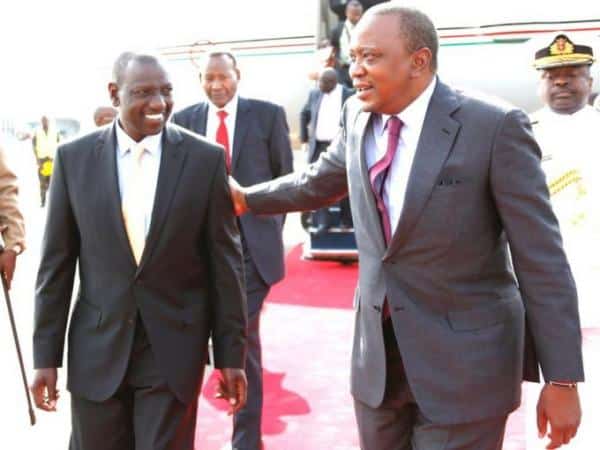 The naming of two streets after President Uhuru Kenyatta and Deputy President William Ruto in Chuka Town in Tharaka Nithi County has sparked an outcry.

Also questioned is the criteria used to select other local leaders including Senator Kithure Kindiki and Chuka/Igambang’ombe MP Muthomi Njuki for the honour.

Some Tharaka Nithi residents and leaders questioned the criteria used in selecting the leaders.

A resident, John Mutegi told Nairobi News that locals were not consulted and felt left out in the exercise.

“We have heroes and heroines in our community like the Mau Mau veterans who should be honoured instead of very young politicians,” said Mr Mutegi.

Businesswoman Lucy Kaari said the business community should also have been consulted in the naming which started last Saturday.

Tharaka-Nithi County communication boss Douglas Kaunda said the county government did not participate nor was it consulted in the naming.

“We were surprised to see signposts in town bearing some names,” said Mr Kaunda.

Town administrator Boniface Murithi said the county has written to Kenya Urban Roads Authority demanding to know why the streets were named without involving the town administration.

“We have written a letter to KURA seeking explanation,” said Mr Murithi.

On his official Facebook account, Prof Kindiki denied being consulted before his name could be used and declined the honour.

“I do not believe a public facility should be named after me, not now, not in the future, because I have not yet made enough sacrifices to our community’s development to warrant a road being named in my honour,” said Prof Kindiki.

He said there are many past leaders who made huge sacrifices and contributions to the community who deserve such honours.

“I am writing formally to decline the honour in good faith for the sake of the leadership values I believe in,” he said.

Speaking to Nairobi News on phone, MP Njuki said the names were picked by Chuka/Igambang’ombe Development Association (CIDA) which deals with the matters of the town.

“These names were picked in good faith by the committee that pushed for the tarmacking of the town,” said Mr Njuki.

Contacted, CIDA chairperson Gitari Keah said the committee considered names of the leaders who actively contributed in the tarmacking.

“We did not include the name of Tharaka-Nithi Governor Samuel Ragwa because he was not instrumental in the project,” said Mr Keah.

The project resident engineer Mike Gumbi told Nairobi News on phone that he was unhappy with the list of the names but decided to use them to avoid issues with the committee.

“I realized there is a big disconnect between the committee and the county government,” said Mr Gumbi.

AFTER UHURU AND RUTO, MAMA NGINA GETS DECORATED

Jubilee moves to ‘take over’ referendum

Prime Land For Sale In Thika Near Tuskys Supermarket

As President of Kenya what would Koigi Wa Wamwere do for Kenyans?

VIDEO:Jubilee Leaders Downplay Claims That Ruto Has Been Abandoned By Gov’t.

Too Big To Fail: Full List of Kenya’s Safest Banks