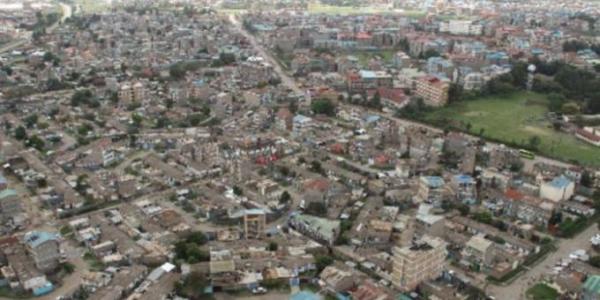 The stories behind the names of a majority of estates in Nairobi are enshrouded in mystery, speculation, while others have a fascinating history.

With mystery, it remains to be known the meaning of names such as Buruburu, Kariobangi, Dandora, and Githurai.

Others are a product of speculation and include names such as Dagoretti Corner (Great Corner), Kariokor (Carrier Corps), Kirigiti (Cricket), or Roysambu (Royal Suburbs).

Yet there are many that have an interesting history of the pioneering businessmen who were at the core of their genesis.

On this list is the cliche story of Karen Blixen, a good writer and a failed coffee farmer whose coffee plantation is now home to the current Karen estate.

Kenyans.co.ke carried out research on the history behind different estates and here are 5 neighbourhoods you probably didn’t understand the interesting history that gave them the identity.

There is always the curiosity on how an estate in Nairobi ended up with a German name.

Zimma, as it is fondly referred, got its name from pioneer industrialist Karl Fritz Paul Zimmerman.

The deceased industrialist ran Zimmerman International which operated a taxidermy factory (mounting the skins of animals for display).

In 1977, after 33 years of raving success, Zimmerman Ltd was given months to close shop following the ban on hunting.

The ban effectively meant the end of the business empire – but the estate that developed on its land still carries its name.

The estate located next to Garden City is one of the few Nairobi estates that are named after a Kenyan businessman.

Andrew Ngumba was an ambitious businessman-cum-politician who served as Nairobi mayor in the 1970s and later as Mathare MP.

Like many of his colleagues, Ngumba used his political connections to build a business empire with interests in insurance, banking and real estate.

It was his real estate business that gave rise to modern Ngumba but while the estate now stands tall, Ngumba’s empire crumbled in the mid-1980s.

Like Icarus in the greek story, Ngumba’s ambition saw him accumulate excessive debt to the point that his business was placed under receivership.

Mugoya estate in South C derives its name from a Ugandan engineer-cum-businessman, perhaps the only Ugandan who has a Kenyan estate named after him.

James Isabirye Mugoya studied Engineering at the University of Nairobi where he is said to have developed a friendship with one of former President Daniel Moi’s sons.

It was this closeness to power that saw him win lucrative housing projects in Embakasi and South C estates.

However, Moi’s exit from power saw Mugoya falter as the Narc government cancelled some of his tenders, forcing him to relocate to Uganda.

Unfortunately, he was not well connected in Uganda and his empire quickly crambled like a house of cards.

Dohnolm derives its name from one of Kenya’s pioneer dairy farms which occupied the land from City Stadium all the way to where the current Donholm estate sits.

Watson had named his farm Donholm – inspired by an estate that had a similar name in Scotland’s Glasgow city where he grew up from.

This is not named after an individual but derives is an acronym  for Teachers of Nairobi Sacco.

The Sacco had wanted to put up residential houses in Eastlands including the present day Tena, Donholm, and Savannah estates.

The plan, however, did not materialize as their bid was sabotaged by corruption and mismanagement.

Facts You Did not Know About Japan