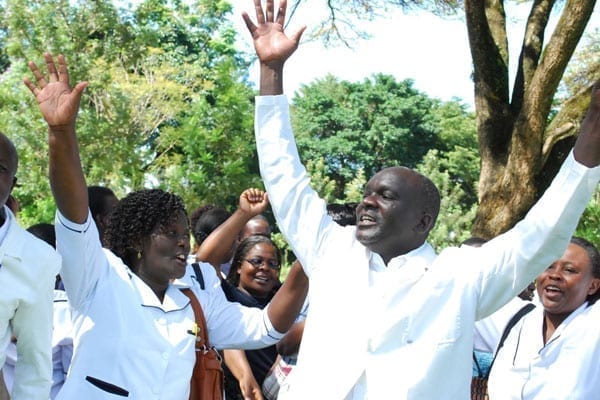 More than 200 Lamu nurses have withdrawn from the union and ended their strike saying they have been frustrated and “used”.

Ali Gabow, county chairman of the Kenya National Union of Nurses, said the decision they made on December 1 had not changed.

He said it was unwise for the union to make decisions and implement them without fully involving and consulting all members.

The nurses said they felt they were being used by union officials to sell personal agendas.

Gabow said they were not achieving much by taking part in the strike and that they had been sidelined.

“We heard that those at the top were doing things and making decisions for their own good and not that of nurses. We felt used and therefore decided to withdraw our membership,” he said.

He said they will meet Health CS Cleopa Mailu at Afya House to iron out the issues that led to the industrial action.

Meanwhile, the number of patients seeking treatment at Lamu’s King Fahad hospital has continued to decrease following the countrywide health workers’ strike that began on Monday.

Many have sought treatment at private hospital saying they fear mistreatment by nurses at public hospitals.

“I think, based on what the media has portrayed, that people have this mentality that they will suffer when they go to public hospitals,” said a nurse who declined to be named.

“But we want to clarify that that is not the case in Lamu. Let people come for treatment. We are here for them.”