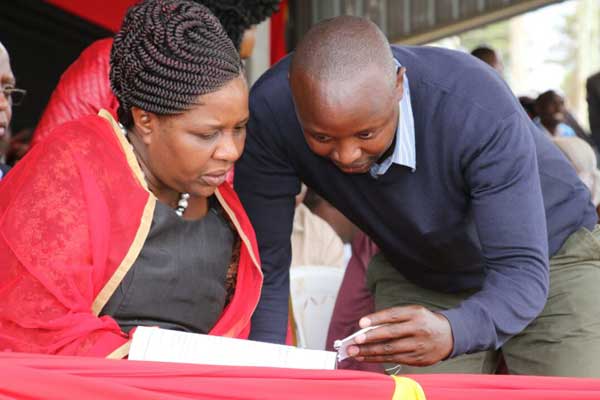 The outgoing Bomet Governor Mr Isaac Ruto has said he is ready to hand over power to his successor, Dr Joyce Laboso next Monday.

Mr Ruto also said he will not file a case to challenge Dr Laboso’s win even as he claimed that the results were doctored.

“Let Dr Laboso continue with development activities from where I left and do more for Bomet people in her administration since this is what they are yearning for” he said.

Speaking for the first time since the results were announced by the electoral commission, Mr Ruto said he is willing to work with the governor-elect and that he hopes she will not sack employees hired during his tenure.

The governor, who is one of the co-principals of the National Super Alliance (Nasa) said he welcomed the decision to file a petition to challenge the presidential results because Kenyans deserve to “know the truth.”

He regretted that the Independent Electoral and Boundaries Commission (IEBC) declared President Kenyatta winner yet all the result forms, especially 34A and 34B had not been transmitted to the Bomas of Kenya.

Giving your girlfriend money is not an investment — Bomet…

“Mr (Wafula) Chebukati, the chairman of IEBC, how did you give Kenyatta victory yet you did not have the full results with you?” he wondered.

Mr Ruto said he is still in Nasa.

” I am in Nasa today and in future because its agenda match with my agenda for the people of Kenya and we all respect the spirit of devolution,” he said.