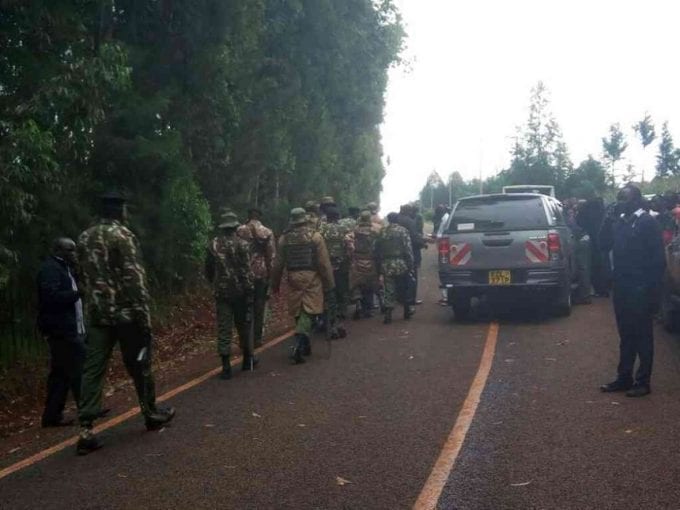 Security has been tightened at DP William Ruto’s Sugoi home where he will vote on Tuesday, two weeks after an attack by a hawker.

Two people including the attacker were killed in a night-long exchange.

“We are still investigating any links to terrorism in the attack,” he said.

Ruto brushed off the incident saying he was not scared of any visitors to his home.

His home is located in Turbo constituency where Jubilee candidate Kevin Okwara is facing off with independent candidate Janet Rotich.

Uasin Gishu county has 450,050 registered voters and 868 polling stations. A close race is expected between Mandago and Buzeki, who staged high profile campaigns ahead of Tuesday’s polls.

Mandago and Buzeki expressed hope that the IEBC will carry out free and fair elections and asked their supporters to keep peace.

“It doesn’t matter who wins. We are both sons of Uasin Gishu and should be able to unite our people after the elections,” Buzeki said.

Mandago said he is happy with the security arrangements put in place for the polls.

Aside from Turbo, the county is largely considered a Jubilee stronghold.

In Soy constituency, Jubilee’s Caleb Kostany will battle it out with Kanu’s Jonathan Bii.

Queries over MPs trip to the US