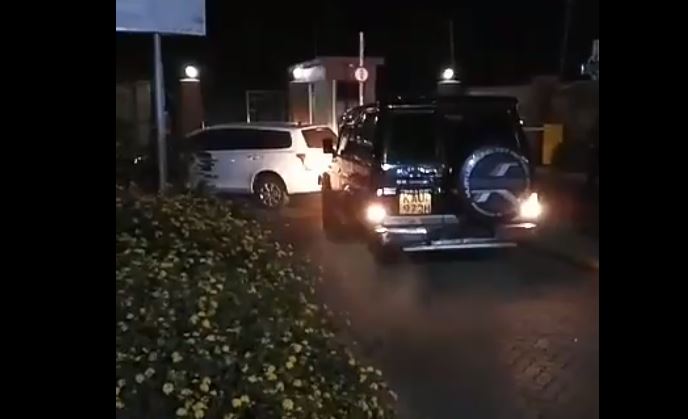 This is road rage Kenyan style. A driver was caught on camera deliberately ramming into another car at Nairobi’s Valley Arcade. The incident recorded on a mobile phone camera involved a driver who was potentially drunk.

From what we could decipher from the clip, the man seemed impatient with another driver obstructing right ahead. It is unclear whether the driver of the second car was present at the time, but the SUV driver did not seem to care. He is heard issuing instructions that the car ahead be cleared from the way.

He is seen ramming the car the first time, before reversing to create a longer distance between the two cars, in anticipation for a more effective ram.

He does exactly that, managing to push the white Toyota Fielder off the main road. This is until he encounters another hurdle, as the gate was closed.

It is unclear whether the watchman opened for him to leave.

Hit and run at Valley Arcade. Circulate video to assist in finding and apprehending this dangerous and potentially deadly drunk driver pic.twitter.com/FbR6u8pGvy

I didn’t resign from Wiper before ‘identifying with’ Jubilee, says…