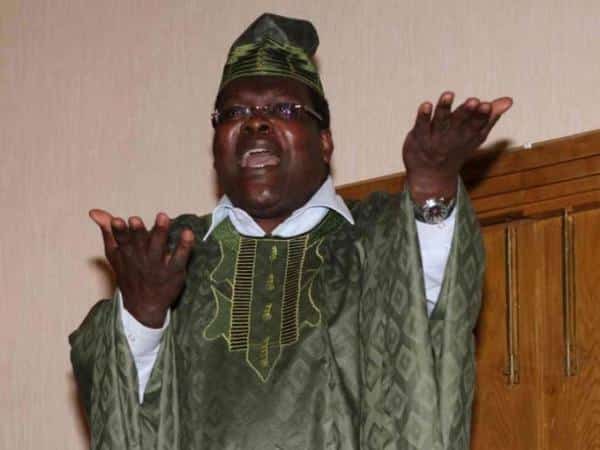 ‘Liberation fighter’ Miguna Miguna found himself in a tight spot on Monday after supporters of Governor Granton Samboja ganged up against him outside Voi High Court.

The incident occurred after the High Court dismissed a petition challenging the election of the governor.

The petition was struck out by presiding High Court judge Justice Erick Ogola, citing that the Milimani law court was in a better place to handle the matter.

Miguna had attended the hearing together with lawyer Edwin Sifuna who was holding brief for the petitioner, Thomas Jumwa.

This reportedly angered the governor’s supporters who claimed that the two are out to divide Nasa in the county. Samboja was elected on a Wiper Party ticket which is led by Nasa co-principal Kalonzo Musyoka.

The Governor’s supporters, while celebrating the court’s decision, tried to block Miguna’s car as they wanted to know what the role of the former Nairobi gubernatorial candidate was while in court.

The charged supporters jeered and hurled insults at Miguna immediately he stepped outside the courts after the case was dismissed.

It took the intervention of security to protect the self-appointed National Resistance Movement general before the incident got out of hand.

Addressing the press later on Monday, Sifuna condemned the act saying it was uncalled for.

“Mr Musyoka is also a lawyer and I have never seen him being roughed up after attending a case he was representing. We condemn this matter in the strongest terms possible this act of hooliganism,”  he said.