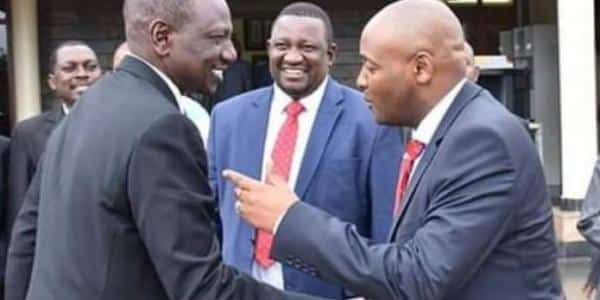 The motion was tabled in the assembly after ward representatives threatened to impeach Governor Samboja for ignoring their efforts to reconcile with him after disagreeing over the budget.

On Monday, September 16, 2019, Samboja lashed out at Deputy President William Ruto over what he termed as getting unsolicited advice from the DP over his decision to initiate the dissolution of the county assembly.

He accused the DP of meddling in issues that didn’t involve his office.

“We respect the Deputy President but he must respect us. That is why since I began a campaign to dissolve the county government, I have not stepped into his office. We have the formula to resolve our issues, our petition will be taken to the President, and not Ruto. What the President will say is what we will follow,” he stated.

Earlier on Sunday, September 15, DP Ruto advocated for other ways of resolving the ongoing supremacy battle in the county.

“The solution of problems facing Taita Taveta County cannot be solved by moving from one office to another in Nairobi. They can be solved here at the grassroots if you put aside your differences and work together,” Ruto conveyed during a church service at Buguta grounds in Taita Taveta.

Ruto held talks with 30 MCAs from Taita Taveta County led by Speaker Meshack Maganga where he stated that devolution was crucial service delivery at the grassroots.

“Devolution enables people to have a say on priority projects. All leaders must work together to strengthen devolution; play integral roles in development and offer solutions, dissolving county governments is not one of them,” he added.

Easier Route to Green Card to Be Proposed for Some