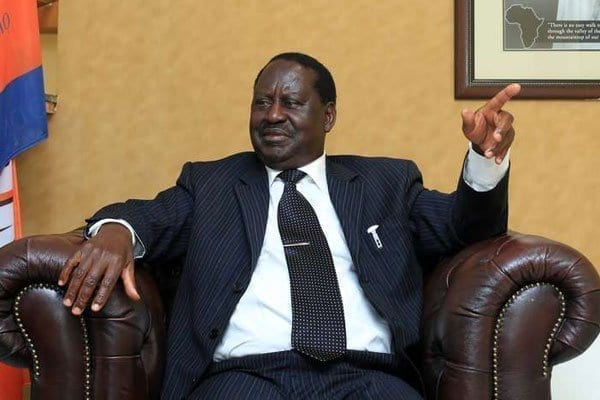 Raila Odinga represented the Kenyan government at the burial of the late Winnie Mandela in South Africa.

The NASA co-principal was seen in a photo wearing a badge written, “presidential official” indicating that he represented the state at the event.

In his tribute, Raila said Winnie will remain in the eternal memory of those who watched her struggles and experiences dispassionately.

“She gave South Africa her all, gained much in terms of bringing freedom to her people, and lost so much at a personal level in the process. Her place in history is cast in stone here in the land of many heroes and victims and among the human race in general,” he said.

Raila on his Twitter page said the government of South Africa particularly ANC must be commended for giving the world Winnie Mandela and standing with her to date.

He said, Africa, as a continent needs many more Winnie Mandelas’

“As we bury Winnie, it is our hope that her death will resurrect in all African countries the purpose of the struggles that we have waged at different times but often with the same goal of bequeathing freedom, dignity and economic empowerment to our people,” he said.

But earlier on the family of the late hit back at South Africa’s government for what it termed ‘hypocrisy’ in her praises to Winnie.

In a eulogy read by Mandela’s daughter Princess Zenani Mandela-Dlamini, the family said that Winnie had been painted so negative by the society and thus praising her at this moment will not redeem the image.