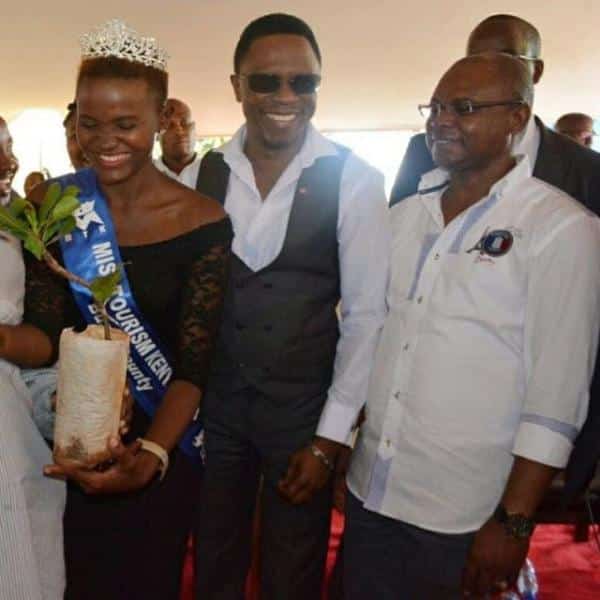 The youthful Chief Administrative Secretary in the ministry of Foreign Affairs and his estranged wife Priscah Mwaro attended the colourful wedding ceremony.

This time, he was accompanied by Miss Tourism Busia County, Ann Paula Machio. Ababu and Paula were proud god-parents of the couple’s four-month-old child.

This is the first public appearance Ababu and Paula, a journalism student of at Technical University of Mombasa have made since The Nairobian revealed that the two are romantically involved and are living together.

“Ababu is like my brother. When we got a child, I informed him and he was happy. He told me he would be the god-parent of my son,” said Kizito.

“It is him (Ababu) who planned for the baptism and afterwards organised lunch at the Home Park hotel before he travelled to Ivory Coast,” he said.

Kizito says it was not his duty to decide who Ababu should come with during the baptism of his son.

“Ababu is a public figure, so I expected him to be accompanied by a number of people,” he said.

After the function, Ababu and Paula left as the rest of the guests proceeded for lunch at the Home Park hotel.