Jacque Maribe: Why I took refuge in my father’s house after Monica’s death 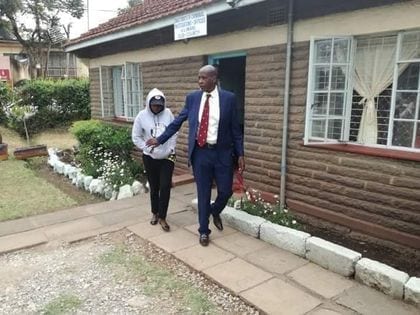 On Thursday, Ms. Maribe surrendered to Kilimani DCI offices before she was referred to main headquarters along Kiambu road.

In a grilling that went for hours, says the Standard, Maribe said her decision to run to her father’s house was due to shock sustained after learning that her fiance, Joseph Irungu, was named as prime suspect of the murder.

For the better part of this week, police said, Ms. Maribe had ignored their phone calls after they sought her for more details.

During the grilling, Maribe said that she met Mr. Irungu at a city club, fell in love and even accepted his proposal for marriage.

Further, she said, her car which has also been dusted for evidence, was frequently used by her fiance who would drop and pick her from the place of work.

Mr. Irungu was arrested after being positively identified by Monica’s neighbours at a parade in Kilimani Police station as the person last seen in the deceased’s house.

Contraband: Why Jowie Was Secretly Transferred To Manyani…

Preliminary investigations showed that the two were friends since their days at Kenya Polytechnic and have frequently met in Dubai, Kenya and South Sudan.

During the fateful day, police traced Irungu’s phone call to Monica’s house where he reportedly used a fake identify at the gate when entering.