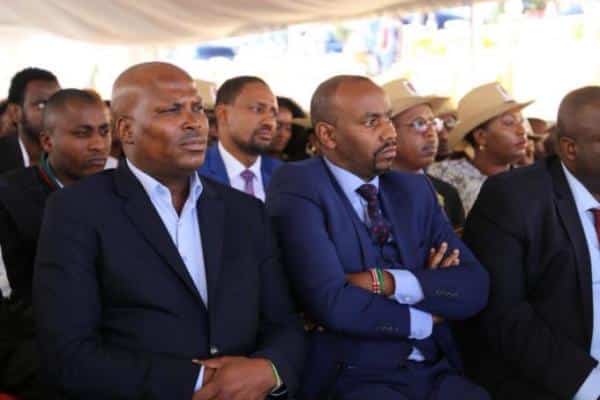 Nairobi Governor Mike Sonko has threatened to nominate another “Miguna” should Nairobians continue pressuring him to name a deputy governor.

“Hata yeye ningependa akuwe deputy governor lakini bado tunaconsult (I would have no issue with him deputising me, but we are still consulting),” the county boss said.

Speaking on Thursday in Mua, the governor said that he needs time to consult with the party and President Kenyatta who is away in Rwanda.

On May 16 the governor had picked NRM General and lawyer Miguna Miguna to fill the DG post, a move that was met with a lot of opposition.

“In regard to the Supreme Court advisory to the appointment of a deputy governor, upon the seat falling vacant, I hereby forward my nominee Lawyer Miguna Miguna to undergo a full vetting process and approval by the County assembly for the position,” the county boss said in a letter.

Two Nigerians arrested at the JKIA with cocaine worth Sh18m

Word of the Day:Yielding to God’s Will