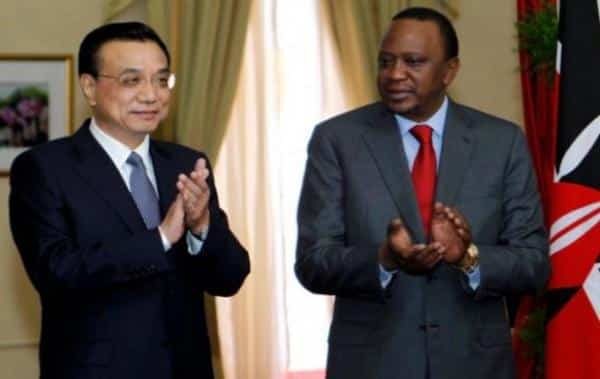 China has threatened a ‘trade war’ against Kenya after President Uhuru Kenyatta banned fish imports from their country.

He said his country would respond decisively as it did to the policies introduced by US President Uhuru Kenyatta.

China considers withholding funding for completion of the SGR project from Naivasha to Kisumu.

During Uhuru’s second visit to the country in September to attend the Forum for China-Africa Cooperation, China refused to sign an agreement deal for the last phase of the SGR project.

This was to show discontentment by China who claimed that they were facing negativity from Kenya.

The President head of state is expected to return to China in November to sign several bilateral trade agreements.

President Uhuru Kenyatta has resorted to extreme measures in a bid to revive the struggling fish farming industry in the country.

Speaking during the 2018 SMEs conference at Strathmore University earlier in October, the head of state faulted the importation of fish from major exporters of the commodity such as China.

According to the president, it made little sense to import fish when local traders were having a hard time furthering the industry.

“I have been told about the imported fish from China. It is not possible that we import Chinese fish when our local traders are here,” he said.

His declaration came at the back of public outcry over what has been largely seen as the government’s unregulated transactions with foreign investors.

Fishermen from Lake Naivasha were particularly vocal in June 2018 on the fact that fish importers had taken over the market rendering them helpless.