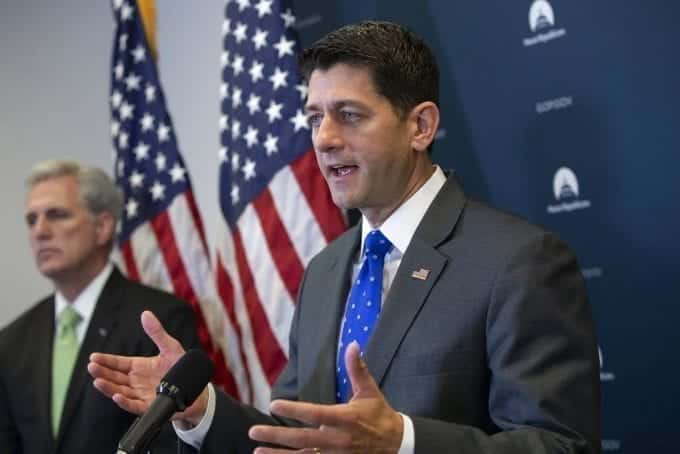 U.S. House Speaker Paul Ryan told a Kentucky radio station on Tuesday that “you cannot end birthright citizenship with an executive order,” remarks that come after President Donald Trump said that he has thought about trying to do just that.

You obviously cannot do that,” Ryan told WVLK when asked by an interviewer about the President’s recent comments and where he stands on “an executive order ending birthright citizenship.”

Ryan went on to say, “As a conservative, I’m a believer in following the plain text of the Constitution and I think in this case the 14th Amendment is pretty clear.”

The right to citizenship for anyone born in the United States is guaranteed in the 14th Amendment to the Constitution.

Trump told Axios in an interview released on Tuesday that he believes he can get rid of birthright citizenship by using an executive order. The President said during the interview that he has spoken with counsel about the legally dubious possibility.

Rep. Ryan Costello of Pennsylvania, who is not running for re-election, suggested on Tuesday that the President’s decision to float the idea ahead of the midterms amounted to “political malpractice.”

Kenyan Woman Accused of ‘Biting Off Roommate’s Fingers’ in Spain

Confusion among Kenyans in Diaspora as Embassies Websites give conflicting…