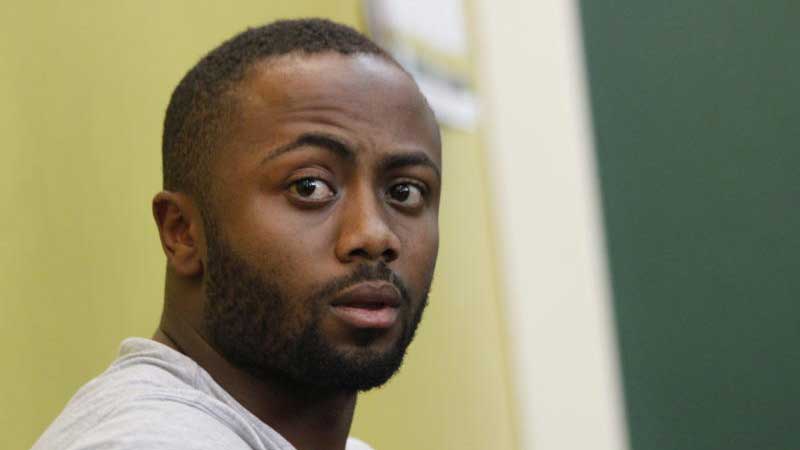 DNA tests and fingerprint analysis have placed Joseph Irungu at the scene of the murder of Monica Kimani, according to detectives.

The new findings have placed Irungu, alias Jowie, at the heart of the investigation into the murder of the woman whose body was found in a bathtub in her Nairobi apartment with her throat slit.

DNA tests on semen found on the slain girl, and other samples from under her nails, confirmed with a 99.9 per cent accuracy that they belonged to Irungu, placing him at the scene of crime on the material day and time.

Other samples, including bloodstained fingerprints, matched 99 per cent those collected from Irungu, police said.

A senior officer involved in the probe said: “We are now working on witnesses.”

Other samples with similar findings had been dusted from an adhesive tape that was found covering Monica’s mouth, a rope used to tie her hands, and the bathtub. The bloodstains were found on a sofa set.

The investigators said fingerprints lifted from Monica’s body also matched those of Irungu.

Detectives from the Homicide Unit at the Directorate of Criminal Investigations (DCI) headquarters have been working with officials from the Government Chemist in the analysis of the samples, and they announced that they had received the results.

Police believe the killer used a knife to cut Monica’s throat. The knife has yet to be found.

The killer immersed the woman’s two mobile phones in water and police say the phones, which were recovered and analysed, gave crucial information.

The team also dusted a car that Irungu was using on September 19, when Monica was killed.

The office of the Government Chemist was recently moved to the DCI, and this now seems to be working in expediting the quick resolution of crimes.

Images captured by police cameras of the car Irungu used from Denis Pritt Road to his Lang’ata residence showed that the driver was in the company of another man.

The second person has yet to be identified. Police have also yet to know the motive of the murder but said they suspected it could be money.

The detectives are now looking for one Dominic Kamau, whose identity card was used by Irungu to gain access to Monica’s apartment.

It is not clear why Irungu presented the identification document to guards at the compound. The detectives said they were looking for Kamau for questioning and to understand why his ID was used.

Citizen television journalist Jacque Maribe, her fiancé Irungu and their friend and neighbour, Brian Kasaine, are being held by police in connection with the murder.

The DNA results of the other suspects have yet to come out. They are expected to show if they were in any way involved in the murder.

He has been positively identified by at least four witnesses at a police parade at Kilimani Police Station, according to detectives.

He is expected to formally take plea on a murder charge on Monday.

Yesterday, the witnesses who said they saw him at the apartment were questioned for the third time by the team handling the matter at the DCI headquarters.

They were being prepared ahead of the start of the case.

Also questioned is a Taxify driver who dropped off Monica at her apartment from Jomo Kenyatta International Airport at about 7.15pm on September 19. Among other things, police want to know what kind of luggage she was carrying.

Police have yet to establish how much money, if any, Monica had when she arrived from Juba. The detectives said they planned to extend the probe to the South Sudan capital for more information.

Police said they also wanted to confirm claims that Kasaine had been to Juba. The officers said they had received a tip that the businessman had been in Juba days earlier. The officers are also profiling his businesses as part of the probe.

Kasaine was arrested after it was established that Irungu had used his gun in a suicide attempt in Maribe’s house at Royal Park Estate in Lang’ata on September 21, hours after Monica’s body was found.

Officers told a Kiambu court that they were trying to establish if Kasaine was in the house where Monica’s body was found.

“Preliminary investigations have established that Irungu was seen in the company of another person near the crime scene, referred to Para Two.

“The identity of the person seen with Irungu has yet to be established, but the investigating team is following leads that the unidentified person could be the respondent herein,” reads a police affidavit on Kasaine.

Investigations show that after Irungu left Monica’s house, he went to Maribe’s house and changed clothes before burning a kanzu and jacket he had been wearing.

Kasaine told police that Irungu had gone to his house on September 19 to ask for paraffin.

The partially burnt clothes were found in Maribe’s compound. A cap he was wearing while at Monica’s house has been recovered.

Maribe and Kasaine were Monday detained for 10 days to enable police to complete their investigations.

Official Trailer:Movie about a woman struggling to rebuild her life after 2007 civil…