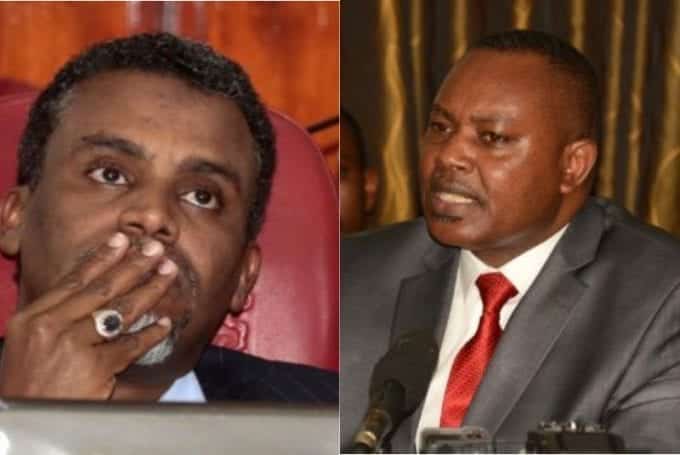 Kenya has inched close to recovering billions of shillings looted stashed in the United Kingdom (UK).

Kenyan authorities want to exploit a newly introduced law in the UK to freeze the money and send it back home.

The Kenyan delegation met officials from National Crime Agency, Metropolitan Police Counter Terrorism Command, Crown Prosecution Service and the Foreign Commonwealth Office to, among others, to discuss the matter.

“The purpose of the visit was to discuss UK-Kenya counter-terrorism and serious organised crime co-operation,” said Mr Kinoti.

Haji said they will use the new law in UK to repatriate the money.

“Kenya wants to exploit UK’s Unexplained Wealth legislation to recover the money. The money runs into billions and we hope we will be successful. These orders offer a lucrative and effective means of recouping of illegitimate funds,” he said.

It is understood the Kenyan team was armed with a list of individuals, including  current and former political leaders, believed to have fat bank accounts and property in the UK they cannot explain.

These property and accounts are in some cases owned by proxies who are not Britons but staying in the UK. The team has been in UK since Sunday.

Under the new law relating to unexplained wealth orders (UWOs), one is required to reveal the source of their assets.

Last August President Uhuru Kenyatta signed a deal with UK Prime Minister Theresa May for repatriation of assets and proceeds of crime and corruption to Kenya.

Both Nairobi and London are yet to disclose the amount involved which is said to be run into billions of shillings.

Under this new legislation, the High Court can make an UWO in respect of any property held by a person which is greater in value than £50,000 (about Sh7 million), when the court is satisfied that there is reasonable cause to believe the respondent is a politically exposed person who has been involved in serious crime or that a person connected with the respondent is, or has been, involved in serious crime.

According to the Financial Times, a politically exposed person is described as an individual whose prominent position in public life may make them vulnerable to corruption.

These categories include heads of state, heads of government, members of parliament and members of the boards of central banks.

Early in July, President Uhuru Kenyatta signed a similar deal with his Switzerland counterpart Alain Berset who had visited Nairobi to facilitate the return of an estimated Sh72 billion stashed in Swiss accounts.

In July the Swiss National Bank (SNB), the country’s equivalent of Central Bank, data revealed that Kenyans had stashed Sh96 billion (950 million Swiss Francs) including deposits and fiduciary liabilities, money held by Swiss Banks in trust on behalf of clients.

In March, 2017 the government of Jersey and Kenya signed an agreement for the return of more than Sh380 million in assets recovered from former Finance Minister Chris Okemo and ex-Kenya Power and Lighting Company boss Samuel Gichuru.

The assets were recovered by the Royal Court of Jersey after Windward Trading Limited Company which was at the centre of the scandal pleaded guilty to four counts of money laundering.

“The agreement is the latest step taken by both governments to secure the return of the funds, which were confiscated by the Royal Court of Jersey in February 2016, after defendant company Windward Trading Limited pleaded guilty to four counts of laundering the proceeds of corruption,” the statement read.

Uhuru ‘dabs’ while urging youth to register to vote