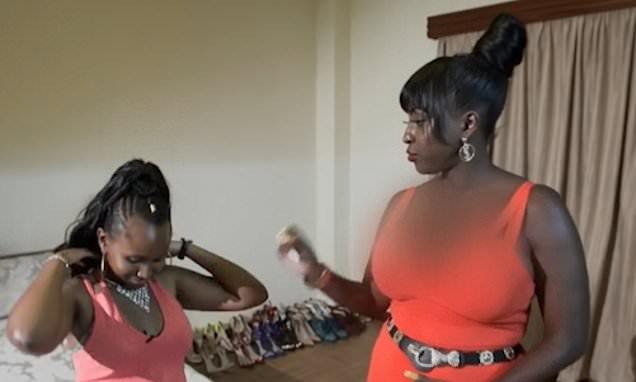 BBC bosses decided to blur out a Kenyan interviewee’s cleavage due to the “sensitivity of thresholds” with some of their partner stations.

BBC aired their documentary titled Fake Me: Living For The Likes and their interviewee for this particular show was Glamour Pam, an interior designer, makeup artist and social media star, but with her cleavage blurred out.

An email justifying the action taken read: “The decision to deal with Pam’s cleavage was made at senior editorial level at BBC Africa.”

The She Word program, BBC editorial team further explained, was edited because of concerns about adverse reaction in some of the more conservative African countries where it was shown.

“The decision was made because of sensitivity thresholds with one of the partners for our She Word programme,” the producer is quoted by The Guardian.

According to The Guardian, the producer of the show told concerned colleagues that during filming it was decided that they “zoom in so we didn’t see her cleavage”.

The blurring out came to play, however because “in some shots, particularly the wide shots, we were unable to do this and so had to blur”.

The producer also explained that “there is no unblurred version” of the documentary available. An uncensored version can be made available if the program is re-edited, they said, if BBC staffers are worried about being accused of censorship.

A BBC spokesperson also brought into light the watershed issue, indicating that the documentary was aired in African markets that observe watershed rules.

“#thesheword is broadcast via a number of BBC partner stations in Africa which are subject to watershed rules similar to the UK’s. As the majority of our partner stations show the programme pre-watershed, we ensured the film was suitable for broadcast in those markets,” the spokesperson said.

In Kenya, the watershed period starts at 5am to 10pm. During this period, broadcast content on free-to-air radio and TV should be suitable for family viewing.

IT Consulting Can Be Tough, But You Don’t Have To Struggle

From the frying pan to the fire!