The former Citizen TV anchor is seen “gully creeping” during the live Q & A session on Friday evening.

Hawk-eyed Kenyans noticed a woman dressed in a white or grey skirt suit trying to hide from the cameras on her hands and knees.

Here are some hilarious reactions:

Mark Maasai aside! Who is that crawling behind the curtains? Hii Kenya ina mambo lol! #PresidentRoundTableKE #MarkMasaiChallenge

157 people are talking about this

I need to have a one on one with President Uhuru. One on one which will be live on TV. Hiyo ya jana was a joke. #PresidentialRoundTableKE 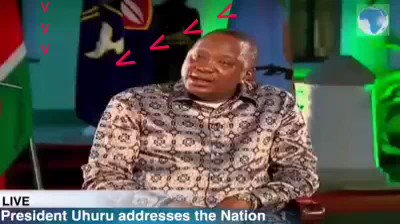 This is creepy! Who’s that crawling behind the curtains…er…flags live on TV? Hope it’s not Ole Itumbi…

Also largely talked about was NTV journalist Mark Maasai after he differed with President Uhuru Kenyatta on live television.

Maasai was part of a group of journalists invited to State House for talks with the head of state on the Big Four Agenda, corruption, building bridges initiative among other topics.

At one point the journo noted that the country’s debt levels have been soaring in the recent past. In fact he said, the national debt stands at Sh4.5 trillion shillings.

The President then asked Maasai about the Japanese government debt, a question to which he answered, “I’m not really concerned about Japan.”

Here is part of the exchange:

President: Do you know what the Kenyan debt is?

Masai: As I said right now its something between 4.5 to 4.8 trillion

President: No no no as a percentage of the GDP, talk like an economist

President: What is Japan’s debt?

Masai: I’m not in japan so I’m not interested in Japan but Kenya

President: Japan’s debt is over 100 per cent of the GDP.

The journo’s response has illicited reactions online. Here are some of the comments from Kenyans

Uhuru telling Mark Maasai “think like an economist” was such a low point it made me cringe…..the attempt to also compare Japan debt service ratio to Kenya falls flat on the face of logic and common sense 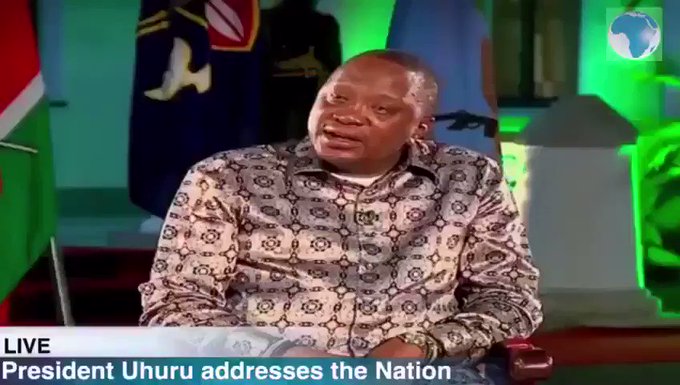 Mark Maasai aside! Who is that crawling behind the curtains? Hii Kenya ina mambo lol! #PresidentRoundTableKE #MarkMasaiChallenge