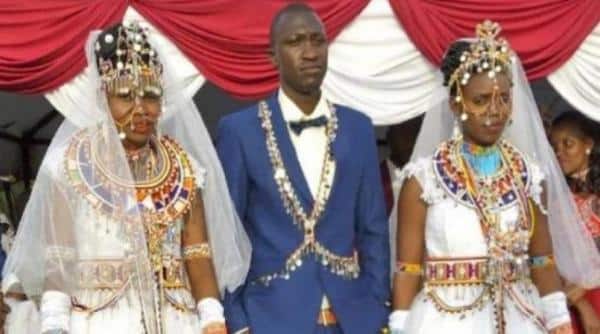 27-year-old Tom Junior Mako has been the talk of town this week after marrying two women on the same day.

Elizabeth Simaloi, 25, and Joyce Tikoiyan, 23 were all smiles during the ceremony as they stood on either side of their man in a one-of-a-kind ceremony.​

Mako, however, revealed that he might not go on honeymoon due to financial constraints.

“Tough economic times have condemned me and my wives to my residential home in Kajiado. For now, I cannot afford honeymoon.

“How I wish a sponsor would come on board,” he was quoted by a local news website.

Apparently, the trio has been living under the same roof for a year and during this period, Mako got to find out the ‘excitement, worries, fears, strengths, weaknesses, anger levels and general character’ of his wives.

He further added that he made the bold decision to assure the two women that he is not eyeing any other lady. 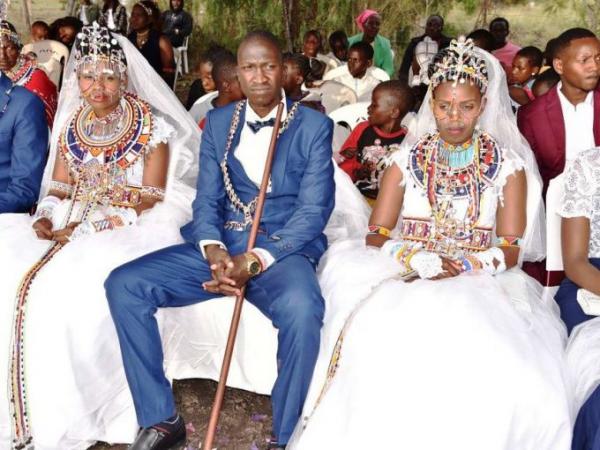 “I would want to urge young men to shun multiple dating or extramarital affairs. If you must be in a romantic relationship with more than one woman, then take the new woman in your life home so that she can be officially known and recognised by your kinsmen.

“That is the right thing to do,” he said.