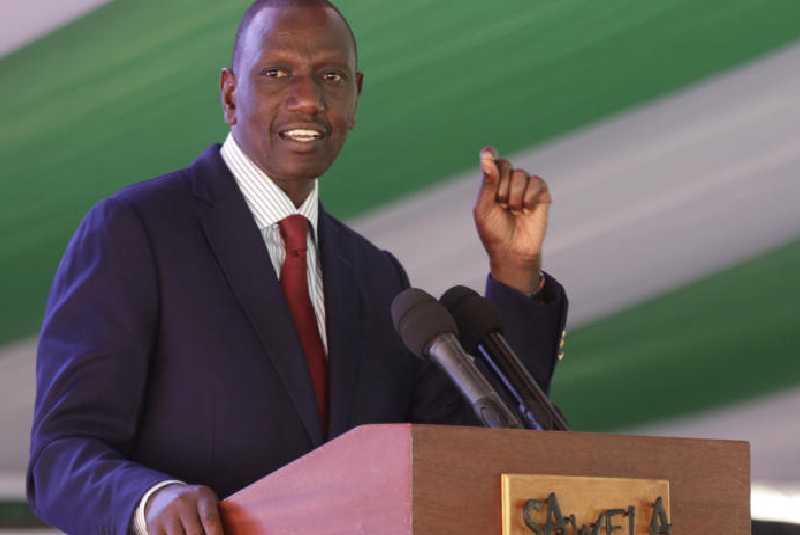 The government has postponed plans to outlaw old passports citing poor response to calls for replacement with new ones with electronic features.

Deputy President William Ruto announced the new deadline of 2020 saying that the initial August 31, 2019 cut-off date was not feasible after a paltry 400,000 passport holders out of over 2.5 million Kenyans managed to renew the travel document.

“The deadline is soon approaching and only a small fraction has managed to upgrade their passports to the new e-Passport. The backlog at the immigration will not allow us to achieve this,” said Ruto.

The deputy president was speaking when he hosted Kenyans living in Italy on Sunday who complained of difficulties they faced seeking to change the critical travel document.

In the diaspora, only London in UK, Paris is France, Washington DC in USA, Pretoria in South Africa, Dubai in UAE and Berlin Germany had been set to start receiving applications for the new passport.

A letter from the Ministry of Foreign Affairs dated November 20, 2018 asked the Kenyan Missions and Consulates Abroad to prepare in terms of space, secure internet connections and two immigration officers ahead of the commencement date set on January 14, next year, in the said countries.

This means Kenyans living outside these countries have to travel to acquire the documents a topic that drew a heated debate in the meeting that led to the postponement of the initial plan.

During the meeting, Kenyans in diaspora argued that it would be impractical to leave their current engagements to travel to these countries for the renewal of the passport.

They argued that most of them were students on shoestring budgets and tight programmes while others had challenges with documents of cross-border travel while some are engaged with jobs.

Travel including visa and transport and accommodation costs was largely mentioned as some of the challenges facing the change.

Back home, Kenyans have had to endure long queues at the immigration offices as they sought to upgrade the travel deadline before the set deadline.

The shift to E-passport was announced in August last year with the immigration Department asking Kenyans to apply for the newly launched e-Passport, which also serves as the East African Community passport, from September 1, 2017.

The new document will have an electronic chip with the owner’s details that will make it faster for the department to process new passports and make renewals.

Last month, Head of the Civil Service Joseph Kinyua ordered all government workers to acquire the e-Passports by March 1, 2019 failure to which they will not be cleared to travel

During the launch Director of Immigration, Gordon Kihalangwa, had noted that the department had a heavy backlog of about 18,000 old and recent applicants. He, however, assured Kenyans that they had upgraded their equipment to process at least 2000 passports a day, compared to the 800 previously.