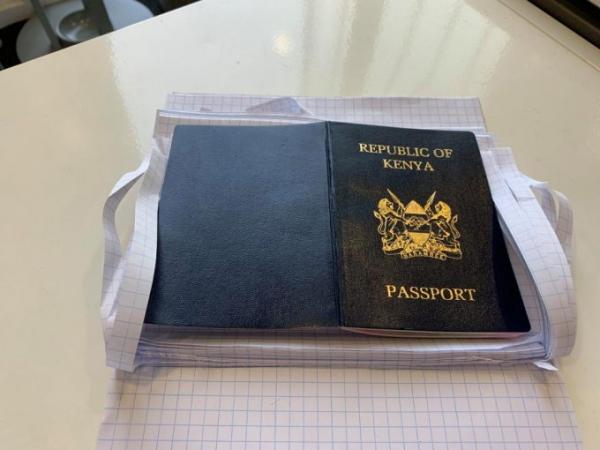 CROOKS are providing illegal immigrants with fake passports and documents to land jobs caring for the vulnerable in a plot exposed by The Sun.

The criminals were able to supply our investigators with a “full package” of bogus documents under a false name — including a Kenyan passport, UK residency permit, National Insurance letter and utility bills — for just £400.

A staff member at Reliable Care Services, based in Chadwell Heath, East London, acted as a fixer  — supplying our investigator with details of cohorts who could provide the dodgy documents.

The agency supplies staff to charities and organisations including Mencap, homeless group St Mungo’s, housing body Metropolitan Thames Valley and The Westminster Society, which supports those with learning disabilities. The scam means their vulnerable clients could have been cared for by staff whose criminal backgrounds were unchecked.

And it could  mean workers who arrived in the UK illegally were able to dodge spot checks by Immigration Enforcement officers with their bogus paperwork.

Former Border Force boss Tony Smith said last night: “These findings are extremely worrying and I’m concerned for the people being cared for by this firm.

“If an employer cannot verify a worker’s true identity, they can’t conduct thorough background checks. These checks could reveal a criminal past that would make the individual unsuitable to look after a vulnerable person.”

The Sun’s probe into staff at RCS began six months ago following an anonymous tip-off.

Posing as a migrant without papers, one of our investigators visited the firm having been promised a staff member would explain how to create a fake ID.

He was introduced to consultant Julius Muturi, 32, who said: “It costs about £400-500 to get the papers we can use. Once we get the papers done we can help each other.”

Muturi then took away an application form others in the room had been filling out from our man, adding: “Because you don’t have other things, there is no need to fill in this form.

“To do this, you need to change your names.” Asked if that would cause any issues, he said: “No, no — it won’t be an issue.”

He then gave our reporter the names of two men with whom to arrange the false documents, adding: “After you have sorted with these guys about the papers, we can meet and sort out.

“Just say you are from us, no need to mention particular names. After you have finished with those guys, please call.”

THE NEW ‘PASSPORT’ ARRIVED HIDDEN INSIDE A KIDS’ BOOK

From the two names, we ordered our documents from Harrow-based John Bosco, 43, who told our investigators he often carried out this type of work.

Bosco instructed our man to send him new names and a passport image to use via WhatsApp.

A few weeks later, the documents under the fake name James Nakhuba were couriered from Kenya to the UK and copies also sent to Muturi.

The new passport arrived hidden inside a kids’ colouring book.

Bosco sent a text to our reporter boasting: “Bless you sir, the docs are ready. We’ve sent them to Julius Reliable Care.”

As well as the passport, the package  included a Jobcentre National Insurance letter and a UK residency permit, plus  BT and Scottish Power bills registered to the address we provided.

Muturi then got in touch and asked for money to be transferred to RCS to pay for a Disclosure and Barring Service check — which would come back clean under the new, fake name.

“James” was then booked in for two days training with RCS before starting work as a carer, but did not attend.

Our investigator also spoke to RCS carer Kennedy Njoroge, who admitted working for the company under false documents.

Mencap — along with Choice Support, Metropolitan Thames Valley, Shaw Health Care and the Care Management Group — halted all work with RCS after being told about The Sun’s investigation.

St Mungo’s and The Westminster Society said they would investigate the allegations.

Runwood Homes and Outlook Care refused to comment or confirm how many RCS workers they use.

PEOPLE ARE BEING ‘PUT IN DANGER’

Muturi was not available for comment when contacted at RCS.

John Njogu, who called himself the firm’s boss, said he would investigate, but declined to comment further other than to deny knowing John Bosco.

Lawyers for RCS also said  our allegations against the staff member will be fully investigated.

Tory MP Andrew Murrison — a hospital consultant and GP — said the findings of our probe were “appalling”. He added: “We have a system of certification in the UK to ensure people are being looked after by appropriate individuals.

“There are significant risks if they are being cared for by people who have not been checked. Any attempt to circumvent that is putting people in danger.”

Kenya deploys security forces along its border with Somalia

Kenyan woman Jailed for 4 years in Nigeria for Peddling Cocaine