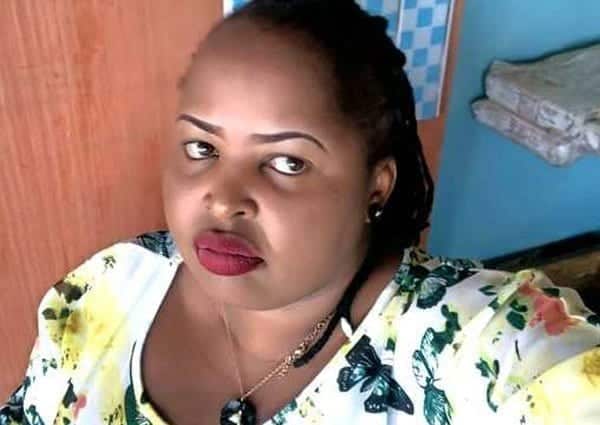 The mystery surrounding the murder of businesswoman Mary Wambui Kamangara has deepened after the investigating officers made an about-turn on the whereabouts of her husband at the time of the killing.

In their preliminary investigations, recounted to the media through sources on record and in confidence, the detectives said that Ms Kamangara was killed at an apartment in Fourways Junction, where husband’s mistress Judy Wangui Mungai lives, in the presence of her husband, Mr Joseph Kori Karue.

Ms Mungai and Mr Karue, who were suspected of killing her, have been in custody for a week. They appeared in court last week, but detectives were allowed to hold them until February 13, when they are expected to take their pleas.

A motorist suspected of helping dispose of Ms Kamangara’s body in a dam in Juja, Kiambu County, was also arrested on Monday.

But that narrative has changed, with police now saying Mr Karue was nowhere near the murder scene.

They also say his car was not captured on the CCTV footage from Fourways Junction that they have reviewed.

“Based on his mobile phone records and his car-tracking device, he (Karue) was in Ngong on the day of the murder and left at 9pm, when he drove back to Roysambu. He was never at Fourways Junction,” said a detective.

Yesterday, Mr Obed Kiio, the DCIO at the Juja Police Station, where the matter is being investigated, told the Nation that call data obtained from Safaricom indicated that Mr Karue was “not anywhere near the scene”.

However, Mr Kiio said detectives have not ruled out the possibility that the phone and the car were being controlled by a third party at the time to create an alibi for Mr Karue, adding that investigations were still going on.

A detective explained that it involved combing the areas of interest, including corroborating evidence from people Mr Karue said he was with in Ngong that day.

A day after Ms Kamangara’s body was found, police sources said that she and Ms Mungai had gone to the latter’s home at around 5pm, a fact captured on CCTV.

In the house, police said, the two women found Mr Karue relaxing. His pictures were hanging on the wall. A scuffle ensued, and Ms Kamangara was fatally hurt with what police said was Mr Karue’s licensed gun.

A post-mortem conducted last Thursday revealed that she was clobbered with a blunt object before she was suffocated.

This version was confirmed by a senior detective at the Juja Police Station, who said Ms Mungai had said that Mr Karue was at the murder scene on Saturday night.

He added that she had claimed that Mr Karue had offered her Sh2 million in exchange for silence over the murder.

Until police clear the air on how they gathered evidence on Mr Kamangara’s last moments and where Mr Karue was, many are likely to question the credibility of their investigations.

At around 9pm, Mr Karue is said to have called his parents in Mweiga, Nyeri County, to inform them that Ms Kamangara was missing, before sending another message that she had been kidnapped.

His parents dutifully passed on the information to his in-laws in Kandutura, Nakuru County.

But the question now is, if Mr Karue last saw his wife at 11am on the fateful day, and that she told him that afternoon that she was with Ms Mungai, as he told detectives, how did he know she had been kidnapped just minutes after returning to Roysambu? And what prompted him to call his parents to tell them his wife was missing?

“He said that when he realised that his wife and his mistress were together, he was so shocked that he didn’t talk much with the wife. When he returned home later in the night, she was not there and did not show until the following morning, when he saw the Facebook post,” Mr Kiio said yesterday.

The Facebook post was about a woman whose body had been retrieved from a dam in Juja.

Mr Karue told police he was drawn to the photo by the clothes on the woman’s body because they resembled his wife’s.

He was arrested and led police to Fourways Junction, where his wife’s blood-stained clothes were found.

CCTV footage taken from Fourways Junction shows Ms Kamangara and Ms Mungai entering the estate at 6:24pm in the former’s car, a white Mercedes Benz saloon. The estate gate is manned by security guards 24 hours a day, and all visitors are required to notify their hosts or register their names and leave an identification document.

But the car left the estate at 21:57 with one occupant, a woman detectives believe was Ms Mungai.

Then, at about 11pm, police said, she returned to the estate in a different car.

Yesterday, Ms Kamangara’s family said she will be buried at Mr Karue’s rural home in Mweiga, according to Kikuyu customs. Ms Kamangara’s sister, Ms Esther Kamangara, said burial arrangements had been put on hold until Mr Karue is released.

The case will be mentioned on February 13.