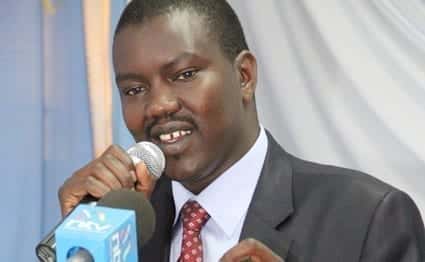 Ten people have recorded statements with the police as investigations intensified to unravel the mystery surrounding the discovery of a body of a man in a section of a hotel in Uasin Gishu County.

Security agencies and experts were previewing CCTV footage last evening even as local leaders visited and condoled with Uasin Gishu Governor Jackson Mandago with reports indicating that the deceased was his kin.“Ten people have recorded statements and investigations into the death of the man are ongoing. Those who recorded are locals who gave their accounts as Directorate of Criminal Investigations (DCI) officials probe the matter,” Moiben Deputy County Commissioner Lilian Lagat said yesterday.Lagat appealed to members of the public who could be having any information to volunteer to authorities.

Last evening, the Eldoret East DCIO Ali Kingi said investigations were on adding that they will have made good progress by today (Wednesday). Mr Kingi identified the deceased as Johana Kinyor Kirwai aged 56 years.Kingi however neither confirmed nor denied that Kirwai was Mandago’s brother but noted that the governor visited the scene following the discovery of the body on Monday afternoon.

Efforts to reach Governor Mandago for confirmation were unsuccessful last evening as calls to his telephone went unanswered but leaders including Uasin Gishu County Assembly Speaker David Kiplagat and assembly’s leader of Majority Josephat Lowoi confirmed that they visited the Governor to condole him.“We went to console the Governor. It is unfortunate when we lose someone through acts of insecurity. We appeal to agencies to pull up their socks and address insecurity concerns,” said Kiplagat.Lowoi said the security apparatus should seek answers for all crime incidences in the region.“We condemn those behind the heinous act.

The security agencies should speed up investigations and bring to book those behind the incident and also others that have happened in the recent past,” added Lowoi who spoke on telephone last evening.The man’s body was discovered in a hotel that is partially under construction in Chepkanga area within the outskirts of Eldoret town in Moiben Sub-County.Jeremiah Rotich, the proprietor of the hotel told The Standard after the discovery of the body on Monday that a plumber who had been called for routine maintenance was searching for a container to fetch water when he stumbled on the body.“

The plumber was looking for a tin when he walked to the area under construction and found the body of a well-dressed man,” said Mr Rotich.Rotich said the man was a customer at the hotel and would occasionally visit over the weekends but often he does not stay long.The hotel is located only a few meters from a local Chief’s office and Administration Police (AP) camp. It relies on CCTV cameras that were mounted in 2016 since it has no night guards.A section of residents said they knew the man whom they described as friendly and polite person who related well with everyone.The man’s family was yet to make any statements over the incident.