Takataka hitmaker Alvindo was on Monday night in a panic mode after Comedian Chipukeezy staged a fake arrest on him during a live interview.

Alvindo, had been invited to appear on Chipukeezy’s show amid reports that Police had launched a manhunt on him for defying KFCB orders. 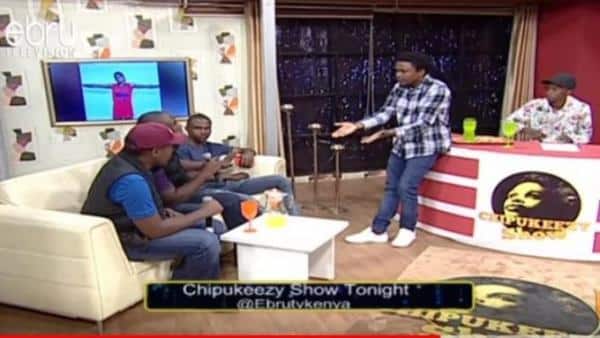 In a video uploaded on Youtube, a tensed up Alvindo is seen reaching out for his phone to inform his Manager KRG the Don that he is being arrested over his banned song Takataka.

The video starts with two men walking into Chipukeezy’s set in the middle of the interview with an explanation that they had been sent to arrest Alvindo. 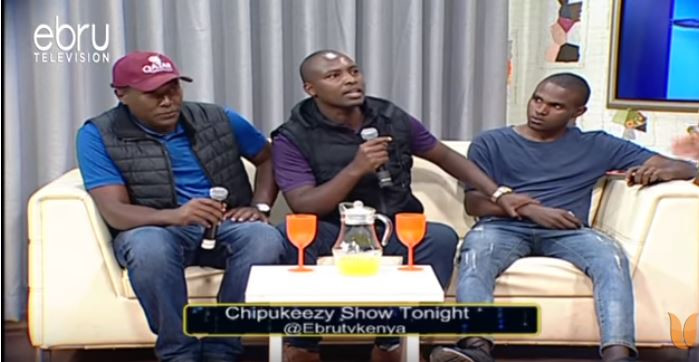 Chipukeezy intervenes pretending to be defending Alvindo, saying he had agreed to report to KFCB before the May 2nd deadline.

The two men buy into Chipukeezy’s word and agree to leave the set. Shortly Chipukeezy informs a nervous Alvindo, who was on phone again trying to call KRG, that it was just a prank and nothing serious.

The act elicited mixed reactions among fans of the Chipukeezy show basing on the fact that Alvindo’s case is being handled by KFCB. 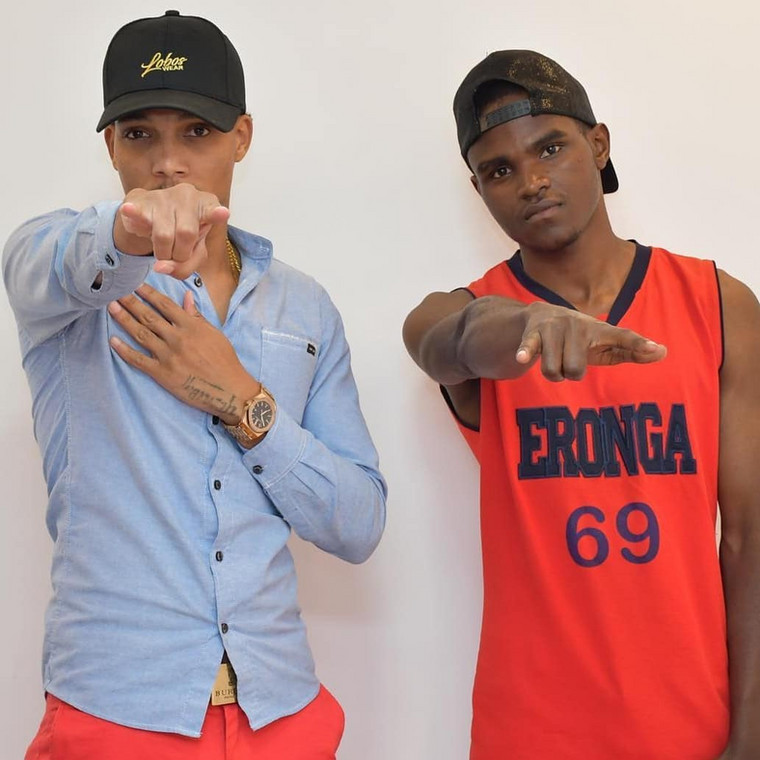 Alvindo with KrG The Don

Others argued that the funny man went too far with his prank.

Vallery Rosa said “Ni kama Chipukeezy lacks content if he is willing to pull such a serious prank…..being arrested on tv haha really but thats just my opinion”

Deejay Finest “Wow KRG the Don has been like Alvindos Dad, felt it when he removed his phone from pocket to call him”. 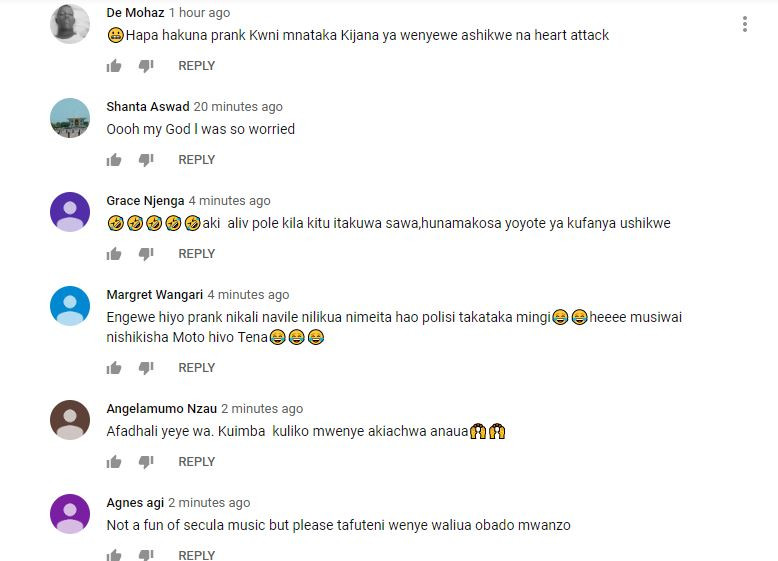 Shirlette Huddha “The song is somehow silly but also he is just a boy.. He is trying to find himself and you know how its even slower in men.. Stop stressing him just talk things out” 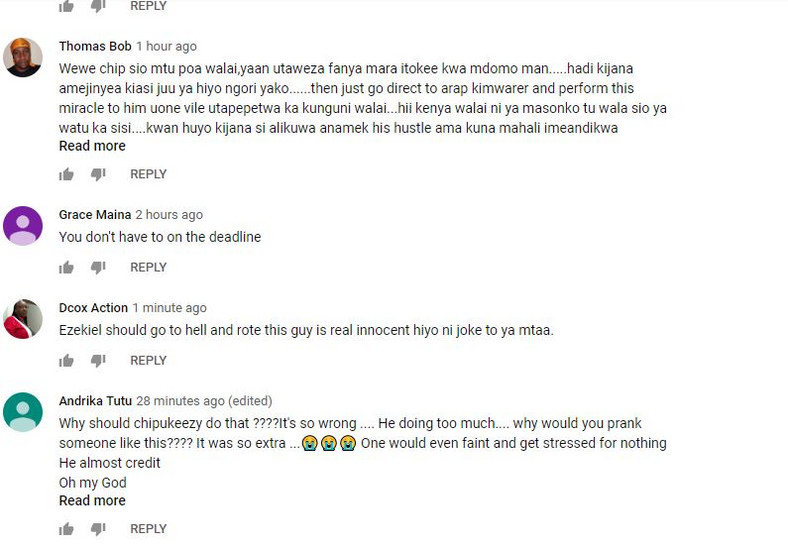 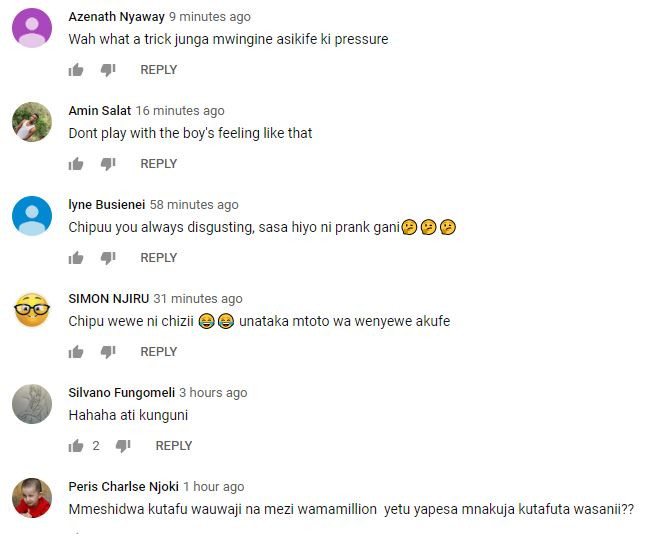 Praxides Namenya “Arresting this young man is very unfair. Billions have been looted in this country, and no one has been arrested”

Brian Gabriel “Fake….chipukeezy be creative this prank has been used all over Kenyan media stations”

Nelly Nyabuti “Chipukeezey I like u but that prank is not good at all…. Ain’t funny”