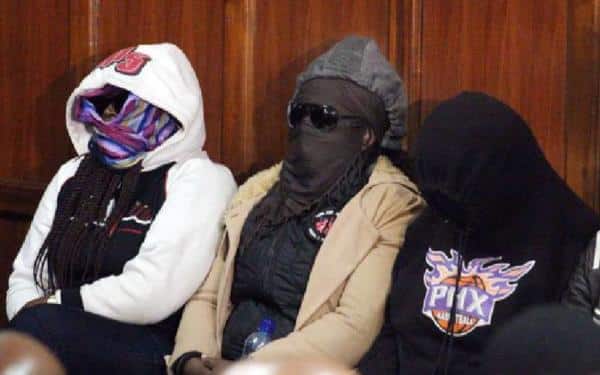 Kenyan’s secret millionaires: The landmark Court of Appeal ruling recently which held that all unexplained funds and assets belong to the State is among the latest wins in the war on corruption as agencies intensify a crackdown on suspects with rags-to-riches stories.

According to anti-corruption agencies, the May 10 ruling by three appellate judges — Phillip Waki, Gatembu Kairu and Otieno Odek, will open the floodgates for the seizure of assets whose owners will be unable to effectively explain how they acquired them.

On Friday, the Ethics and Anti-Corruption Commission (EACC) said that the ruling will boost their efforts to seize unexplained wealth of various officers who are facing corruption allegations in court.

The list of targeted “secret millionaires” include junior and senior county officers, members of county assemblies and other senior public officials who have amassed unexplainable wealth since 2013.

The list also include police officers whose rags to riches stories despite earning meagre salaries have drawn the interest of anti-corruption detectives.

Focus will be on bank accounts and property linked to the governor’s family and associates.

Most of those on the radar are county government officials, Kenya Revenue Authority (KRA) staff, police officers and ministry officials.

Others are directors of companies that are paid millions of shillings for supplying nothing.

In February, EACC records indicated that there were 78 cases of illegally acquired assets in court with other investigations ongoing. The Directorate of Criminal Invesigations (DCI) and the Assets Recovery Agency are also involved in the process.

Recently, Mr Twalib told the Sunday Nation: “We don’t just want to take people to court and jail them. We also want to recover the properties that they have acquired through the proceeds of corruption. We have identified some of the suspects through lifestyle audit reports which pointed out to individuals living beyond their means,” he added.

The Sunday Nation has also learnt that EACC and DCI detectives have compiled a list of property and account details of junior KRA officials who were recently charged in court after a surprise raid targeting more than 70 junior staff.

Some of the high-profile targets in court are officials who have multi-million-shillings empires that do not match their salaries.

For example, efforts to recover the properties of former KRA official Joseph Chege are in progress. By the time of his arrest, Mr Chege who used to earn a monthly salary of Sh119,000 had properties estimated to be more than Sh615 million.

Mr Chege had declared that he held assets estimated at only Sh61 million but investigators unearthed an empire that included cash deposits in various banks totalling Sh399 million and immovable property spread across Nairobi, Mombasa, Kilifi and Kwale counties valued at Sh355 million.

The purge has also turned the spotlight on the National Police Service where the Internal Affairs Unit (IAU) has been asked to act on a number of complaints touching on corruption.

Among the complaints include those of junior police officers who own multi-million-shillings properties which they are unable to account for given their low salaries. Some of the junior officers under investigation own several apartments, luxurious mansions, drive high end vehicles and lead flashy lifestyles.

A number of the officers are said to have served or are serving under elite units like the Motor Vehicle Theft Unit, Flying Squad and the Land Fraud Unit.

Last month, Inspector General of Police Hilary Mutyambai announced that the police service will revamp the IAU to make it more effective in dealing with corruption.

Mr Mutyambai said although the unit had received 7,909 complaints against police officers since 2013, there were many more cases that had gone unreported.

One high-profile case in court involves Constable Jamal Bare Mohamed who, by the time of his arrest had Sh33 million in his bank accounts and assets worth Sh47 million between January 2013 and August 2016.

Some of those targeted have been fighting protracted court battles for years but changes in the law and creation of a multi-agency team have piled pressure.

Former National Water Conservation and Pipeline Corporation official Stanley Amuti was recently ordered to forfeit assets worth Sh41.2 million to the government after he failed to explain the source of the wealth he amassed between September 1, 2007 to June 30, 2008.

Although Mr Amuti claimed that the money was from his accumulated savings, salary, professional fees and sale of plots, the Court of Appeal held the decision of the High Court that the officer failed to give satisfactory explanations on the source of his fortunes.

In court documents, Mr Thomas Gitau Njongu, a senior assistant accountant attached to the Ministry of Interior and National Coordination is alleged to have deposited Sh1 million daily in his bank accounts.

He also had vast properties including apartments and flats in Nairobi’s Lavington, Kileleshwa, Runda and Riara as well as land in Kitengela, Kisumu municipality, Muhoroni and his rural home in Nyando, Kisumu County.

Mr Stephen Ogaga Osiro, a former Nairobi County government head of accounting earning a net monthly salary of roughly Sh90,000 amassed a Sh340 million fortune in just five years, out of which detectives discovered that he deposited Sh77 million in the account of his underage child and Sh53 million in his wife’s accounts.

Also in trouble is former Migori County Assembly clerk Bob Kephas who is said to have amassed a fortune from county coffers and used the proceeds to build a mansion in his village.

According to investigators, the clerk paid his wife Sh26 million for “supplying nothing.”

EACC documents tabled in court alleged that Mr Otieno used his influence to transfer Sh26, 272,460 on different dates to Nyangume Enterprise, which is owned by his wife Everline Awino Agutu.

The money, which was later withdrawn and part of it transferred to Mr Otieno’s account, was disguised as payment for goods and services ‘tendered’ but which were never rendered.

The detectives also discovered that Nyangume Company was neither pre-qualified nor appeared in the tender quotation register.

Despite facing charges of corruption, Mr Kephas continued being in office until in February when MCAs impeached him over misuse of Sh34.4 million.