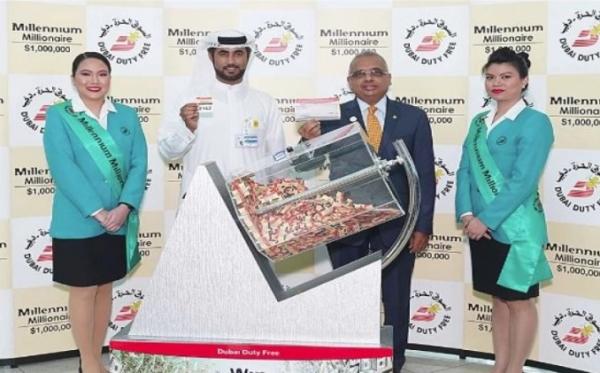 A Kenyan man in Dubai won Sh100 million during a Dubai Duty Free raffle on Tuesday but he is nowhere to be found.

Paul Wachira’s ticket number 2162 in Series 302 was drawn during the raffle but organisers have not been able to reach him.

He is said to have purchased his winning ticket online but has no idea he is one of the winners.

According to Gulf News, three other winners were announced in the Dubai Duty-Free Finest Surprise promotion and each of them has won a luxury vehicle.

Launched in June 1999, the Dubai Duty-Free Millennium Millionaire Promotion has captured the imagination of travellers around the globe offering a one-in-5,000 chance to win US$1 million.

In the 20-year lifespan of the Millennium Millionaire, there have been 7 winners who doubled the luck and won the promotion twice.

Tickets can also be purchased online or at Dubai Duty-Free in Dubai International or Al Maktoum International.